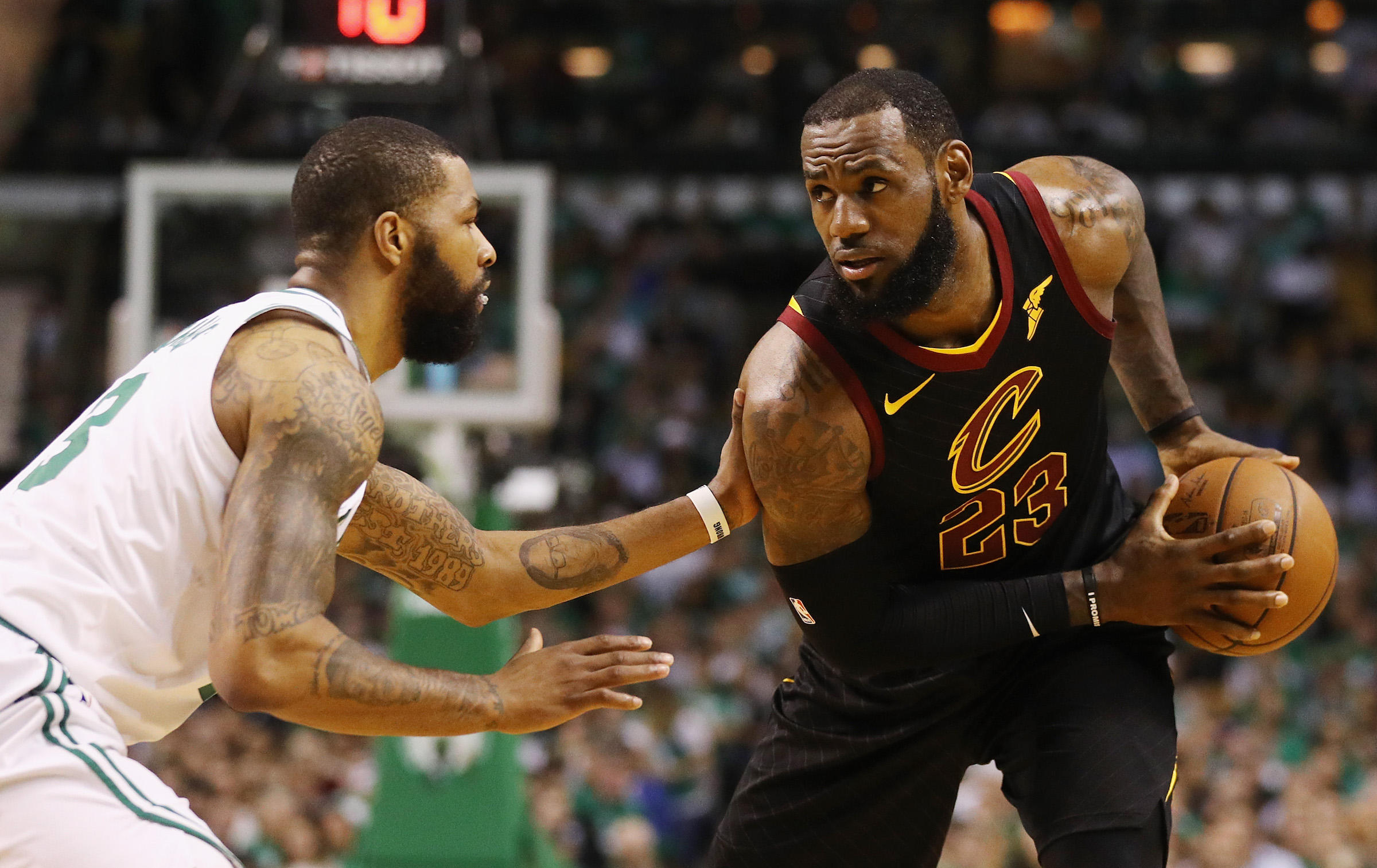 The NBA Playoffs are down to the four remaining teams for this year's conference finals. In the West, the Houston Rockets are tied 3-3 with the defending champion Golden State Warriors. And in the East, the Boston Celtics tied 3-3 with the Cleveland Cavaliers.

The remainder of the playoffs will be broadcast on three networks -- ESPN, ABC and TNT. You can live stream ESPN and ABC games on WatchESPN.com and the WatchESPN mobile application. And you can watch TNT games on TNTDrama.com or the TNT mobile app.

You can find the full schedule for the conference finals along with predictions and odds below:

LeBron James is looking to make his eighth straight NBA Finals off what's been the most impressive postseason run in his 15-year career. In this year's playoffs, James is averaging an impressive 34.3 points, 9.4 rebounds and 9 assists per game.

The Rockets will likely face the Warriors without veteran leader and star point guard Chris Paul on Monday. ESPN reports, citing an unnamed league source, Paul is "less likely than likely" to play in Game 7.

The Celtics open as a 2.5-point favorite for Game 7 in Boston.

Meanwhile, the Warriors are 5-point favorite heading into Game 7 on Monday.

Behind the stellar play of point guard Terry Rozier, the Celtics have surprised everyone for being in this spot, and they are primed to give the Cavaliers the biggest challenge yet. The Cavs, who seem to have scrubbed off a shaky start to the postseason, look to fend off Celts -- and compete in their fourth straight NBA Finals. LeBron James will lead the Cavs to his eighth straight finals appearance, 4-1 -- Christopher Brito

In the most anticipated playoff matchup, the Rockets will host the Warriors in a battle set to be defined by each team's offensive prowess. The Rockets retooled this offseason with the veteran Chris Paul and other defensive pieces to compete with the Warriors, who are looking to take home their second straight title and third in four years. The question remains: will the Rockets have enough, even with MVP favorite James Harden? Likely not. The Warriors advance, 4-2. -- Christopher Brito