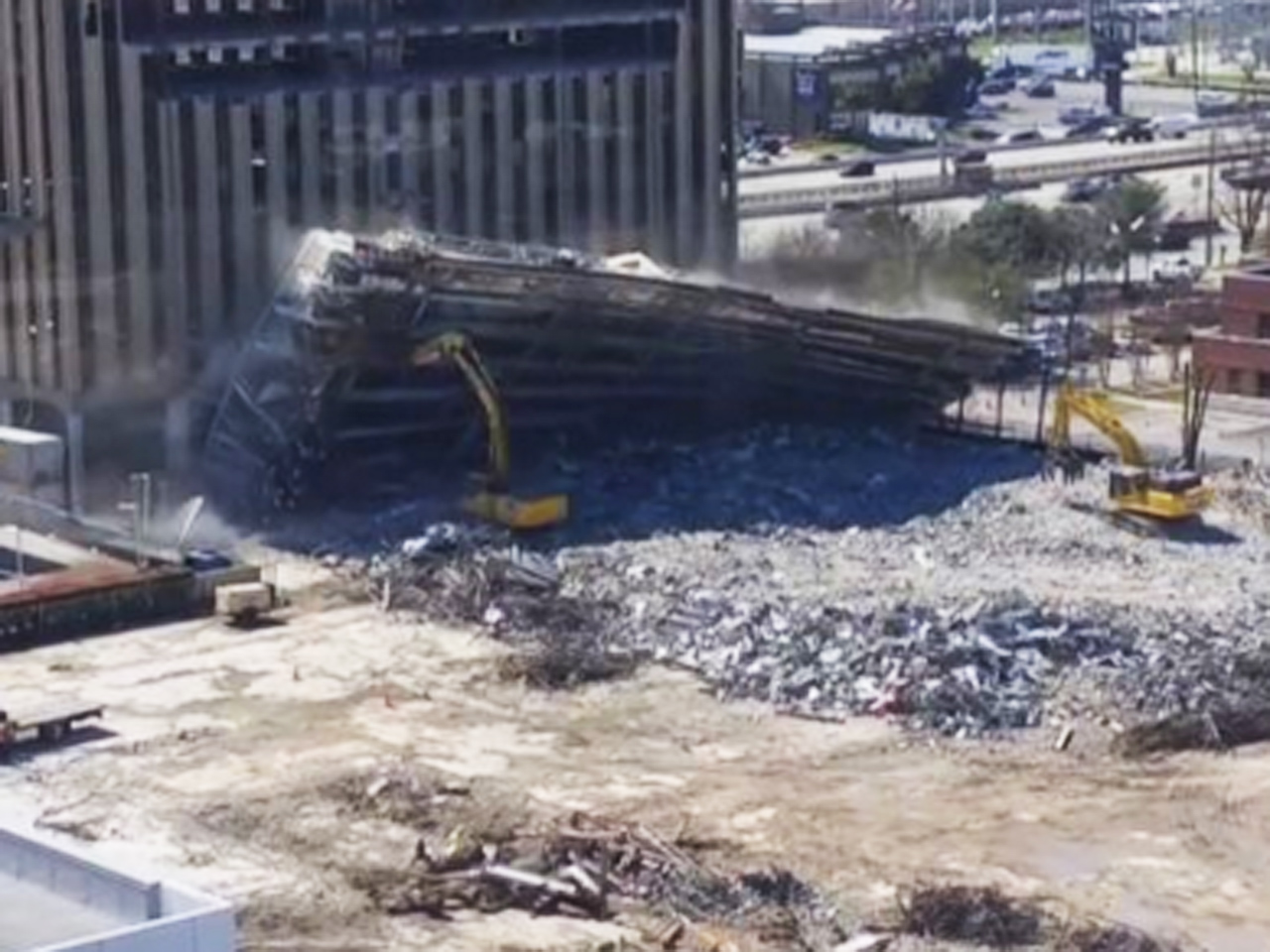 HOUSTON -- Crews from Cherry Demolition who were working for weeks tearing down Corporate Plaza in Houston were in the final stages of bringing down a parking garage when, the company says, it came down a lot more quickly than they expected.

In video captured by an office worker across the street and seen on CBS Houston affiliate KHOU-TV,the entire garage appears to come down on top of an excavator that had a worker inside.

But despite the dramatic collapse, the excavator operator walked away without a scratch, and the equipment wasn't heavily damaged, either.

The demolition was scheduled to continue despite the incident.