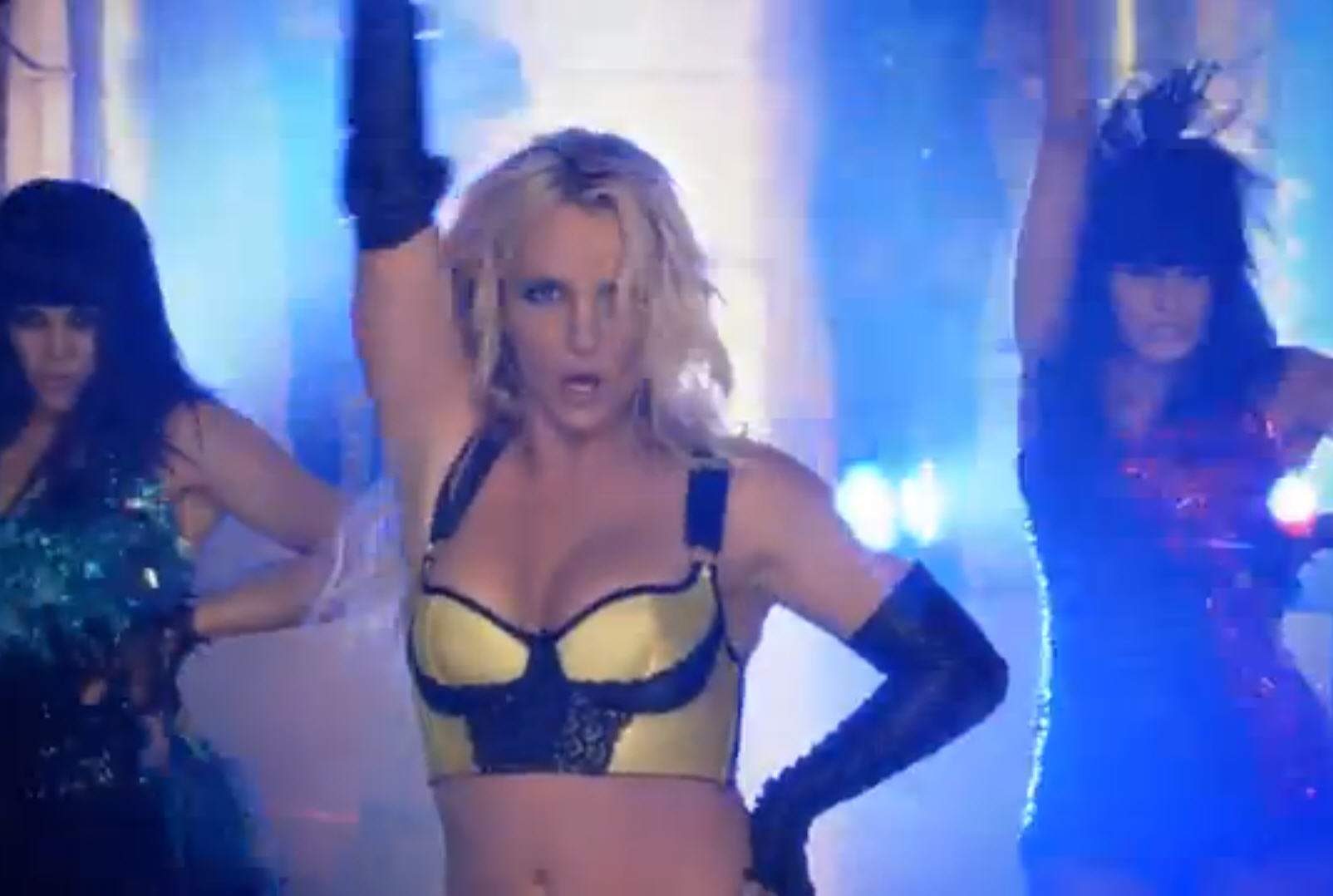 Britney Spears is living fancy -- Lamborghinis, martinis, bikinis and all -- in the music video for her latest single, "Work B**ch."

The video, which debuted Tuesday on the CW, comes exactly 15 years and one day after Spears' first hit the music scene with "...Baby One More Time."

Spears dances in the desert, by a pool and in a dimly-lit club in this latest video. There are also whips, exploding mannequins and even some sharks.

"Work B**ch" is off Spears' untitled eighth studio album, due out Dec. 3. That same month, the 31-year-old pop star is set to start her Las Vegas concert residency.