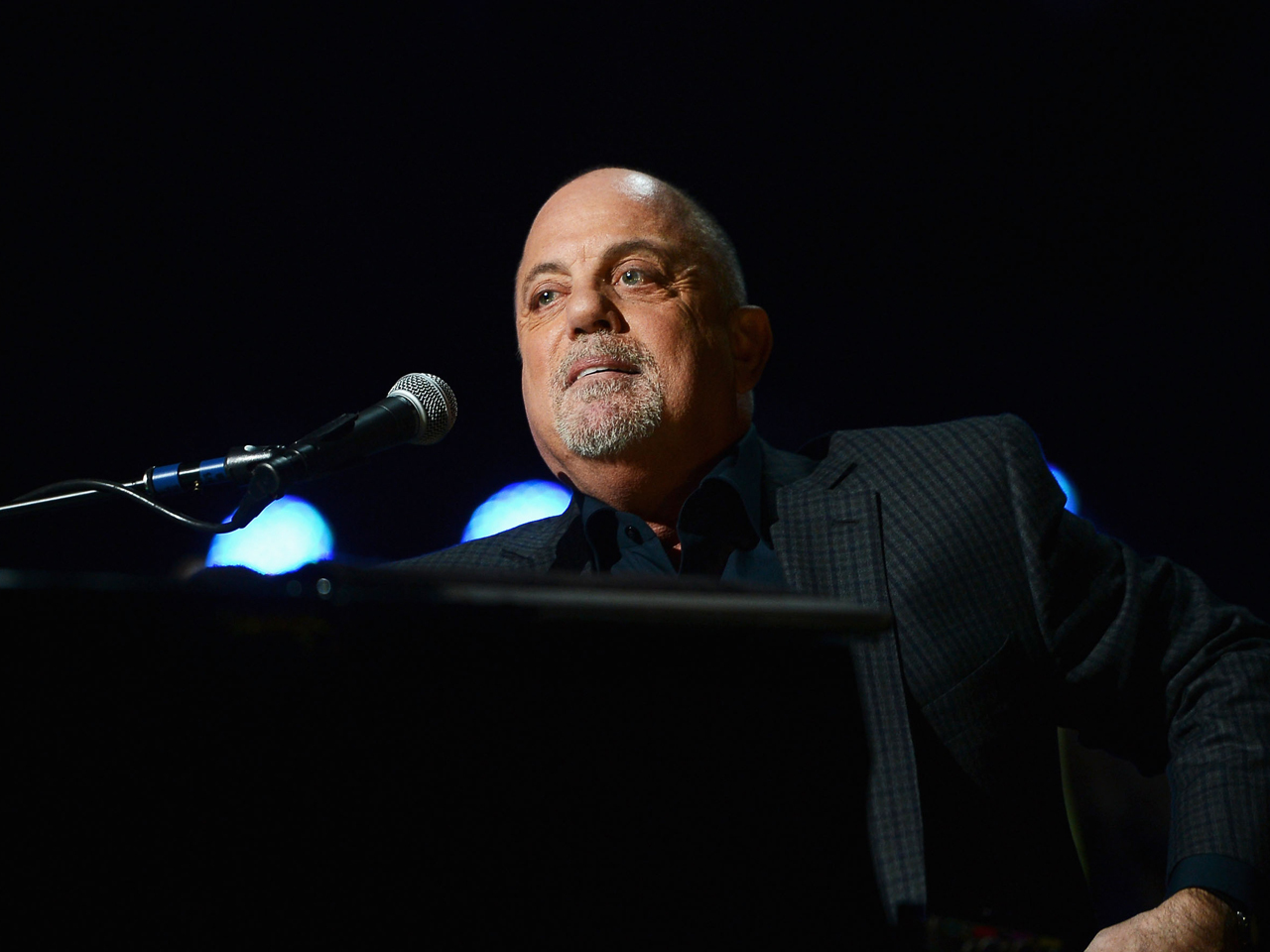 Billy Joel may not have expected this proposition during a recent Q&A session at Vanderbilt University: "I was wondering if I can play with you. I would accompany you, that is."

The question came from a student who mustered up enough courage to ask if he could join Joel for his favorite song, "New York State of Mind."

Joel didn't hesitate for more than a couple of seconds, quickly saying, "OK" before the student, Michael Pollack, took the stage and sat right down at the piano to play. The two chatted about the arrangement and soon Pollack started a very impressive piano version of the 1976 song, with Joel joining right in on vocals.

Needless to say, the "Piano Man" was quite impressed. After their impromptu performance, Joel said, "That's Michael Pollack. Remember that name. Guy's got chops!...And that's how you get to be a horn player in NYC. Take a chance...I love when that happens...Michael, I think you're going to do fine."

In an interview with Vanderbilt's student newspaper, "Inside Vandy," the freshman student recalled the moment: "I walked up, we spoke about the arrangement for about 15 seconds -- he just went through what he wanted me to play -- and then from there, it was just foggy. It's hard to remember. I just started playing. I had practiced it a little bit thinking maybe I'd get the chance to go up...I kind of lost myself playing...It was probably the greatest moment of my life, up to date."

Based on the smile on Pollack's face, it may take a lot to top that moment.

The surprise performance took place at the end of January, but after a few websites picked up the story this week, the video has quickly gone viral.

Joel will next be seen on the bill for this year's New Orleans Jazz & Heritage Festival in April.