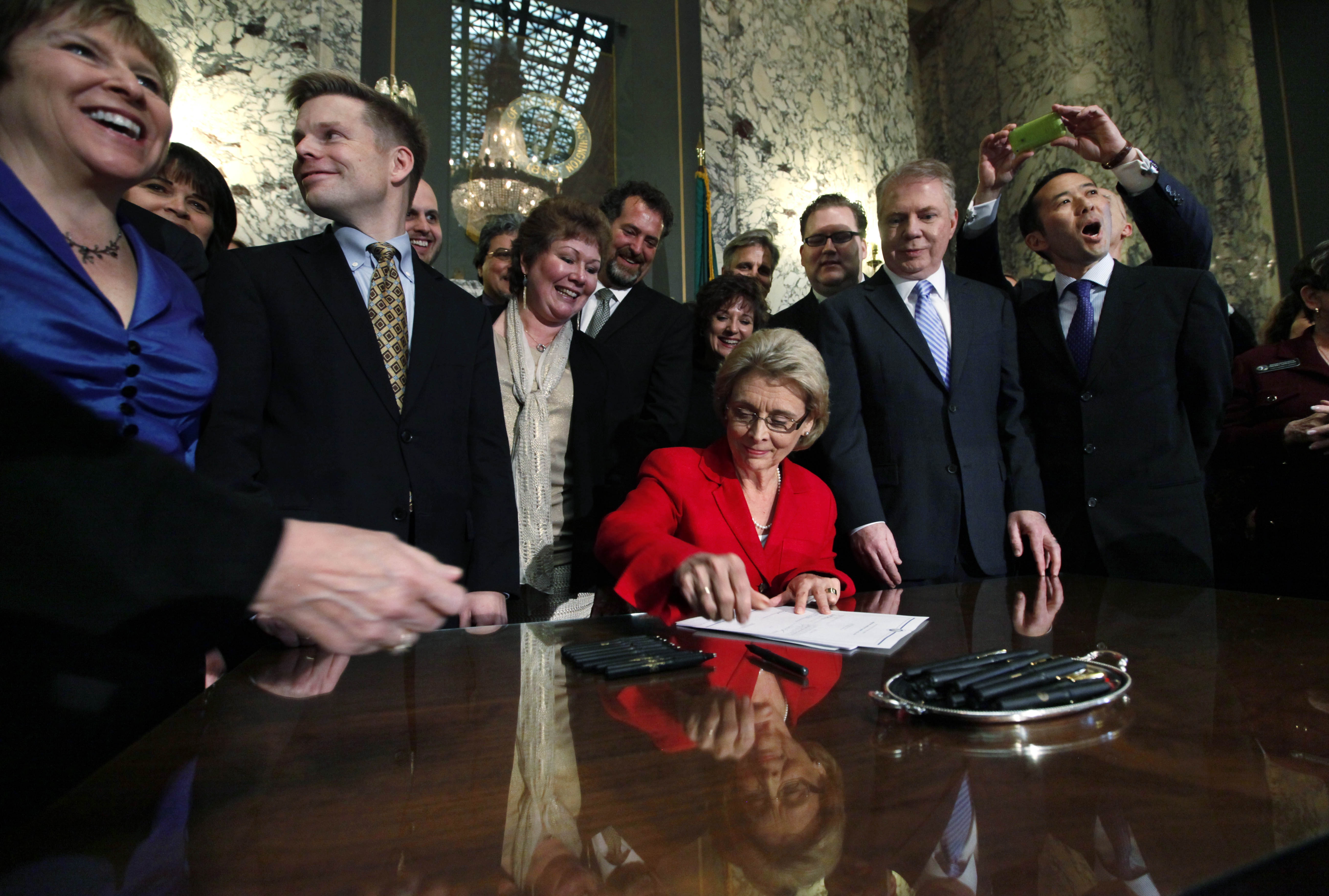 Washington State governor Chris Gregoire on Monday signed a bill legalizing same-sex marriage in the state of Washington, expressing her pride that, going forward, same-sex couples "will no longer be treated as separate but equal" in Washington.

"As governor for more than seven years, this is one of my proudest moments," Gregoire said in remarks before signing the bill. "We stood up for equality and we did it together - Republicans and Democrats, gay and straight, young and old, and a variety of religious faiths. I'm proud of who and what we are in this state."

The legislation passed through the state House last week in a 55-43 vote; the previous week, it passed in the Senate by 28-21.

The law makes Washington the seventh U.S. state - in addition to the District of Columbia - to legalize gay marriage.

It will not take effect, however, until early June due to the state's 90-day enactment period.

In the meantime, opponents of same-sex marriage in the state have vowed to undo the law in a ballot measure in November. In order to introduce the measure, they have to collect 120,577 signatures by June 6.

Gregoire said she was confident Washington voters would vote for marriage equality even if the matter does end up on the November ballot.

"If asked, if asked, the voters of the state of Washington will say 'yes' to marriage equality in the state of Washington," she said. "Washingtonians will say 'yes' because a family is a family all facing the same challenges. Can we keep over our heads? Can we keep our jobs? Can we provide for children's health and safety, education and happiness? I believe our Washingtonians will say because it's time for us to stand up for our sons, our daughters, our brother, our sisters, our moms, our dads, our friends and the couple down the road."

A similar law passed through the New Jersey state Senate earlier on Monday, though Republican New Jersey Governor Chris Christie has vowed to veto such a measure.