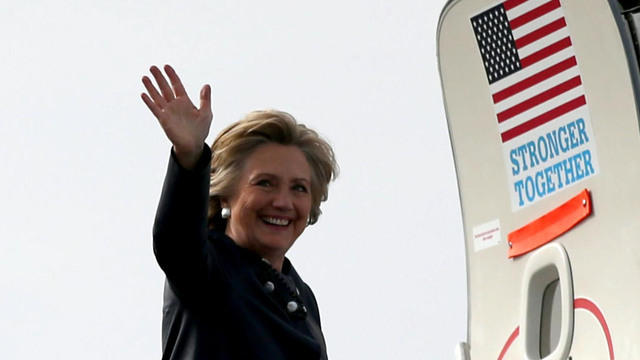 Two Democratic electors from the state of Washington are considering bucking tradition and refusing to vote for Hillary Clinton, even if the nominee wins the popular vote in the state on Nov. 8.

One -- a man named Robert Satiacum, who is a member of Washington’s Puyallup tribe -- has promised that he will absolutely not be casting his ballot for Clinton, telling the Associated Press in an interview that “she will not get my vote, period.”

“She doesn’t care about my land or my air or my fire or my water,” Satiacum, a Bernie Sanders supporter, said of Clinton.

The Puyallup tribe, according to the Seattle Times, is one of the state’s largest contributors to Clinton’s presidential campaign, and the Democratic candidate even visited the Puyallup reservation back in March, just before the state’s primary caucuses.

Washington state has 12 Democratic electors, and while it’s rare for “faithless electors,” as they’re called, to make much of a difference in the general election, the tight national race is amping up pressure for both campaigns in their mad scramble for votes. One candidate must get a majority of the 538 Electoral College votes - at least 270 -- in order to win the presidential election.

Come Nov. 8, another Democratic elector from Washington, Bret Chiafalo, told the Seattle Times he isn’t yet sure what he’ll do.

Chiafalo is still considering being a “conscientious elector” and ignoring the result of his state’s popular vote.

“I have no specific plans, but I have not ruled out that possibility,” he said.

Electors are not legally bound to vote for their party’s nominee in several states, though they can face a penalty if they go down a different path. In Washington, faithless electors would be fined $1,000.