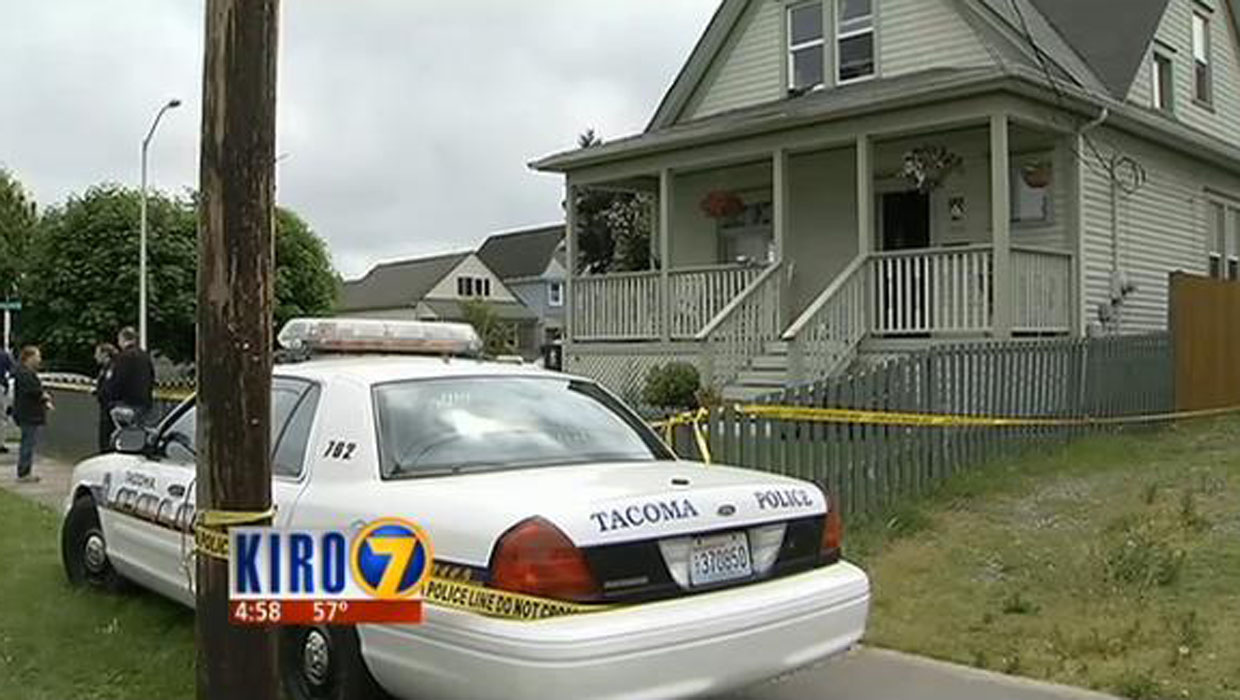 TACOMA, Wash. - A man who was let out of jail following an alleged assault is now suspected of murdering two people in a Tacoma home, reports CBS affiliate KIRO.

According to the station, police officers responding to a request for a welfare check at the house Friday night found the bodies of A.J. Geissler and Denyse Marshall. Aaron Livingston, 39, was taken into custody again, only hours after he'd been released from jail. He is being held without bond and will be arraigned before a judge Tuesday.

Julia Wheeler, the home's owner, suffered injuries that made it hard for her to speak or even swallow, reports KIRO. She is reportedly the 6-foot-7, 450-pound Livingston's girlfriend.

Wheeler's daughter, Anna, told KIRO that Geissler was a family friend and Marshall was her aunt.

"Aaron saw A.J. try to kiss my mom and he flipped out and beat both of them up," the daughter told the station. Family members said there was no relationship between the two, though Livingston believed that there was one. Wheeler said Geissler was beaten to death with a wooden baton.

Marshall reportedly lived in the house with Julia Wheeler. "I guess my aunt, who was down in the basement in her bedroom... came up the stairs and Aaron attacked her with a stick," said Anna Wheeler.

The murder suspect was arrested only the day before for allegedly using his first and a chair to beat Geissler, KIRO reports. However, even though the victim's injuries required hospitalization, Livingston - who had three previous assault arrests - was only charged with a misdemeanor and was let out of jail just hours later.

"Generally, an assault becomes a felony rather than a misdemeanor when a deadly weapon is used or a bone is broken," Pierce County prosecutor Mark Lindquist told the station. He said the assault case was pending after being referred to municipal court, which is why Livingston was let out of jail.

"He's a monster. And he should not have been let out of jail like it was nothing," Anna Wheeler said.