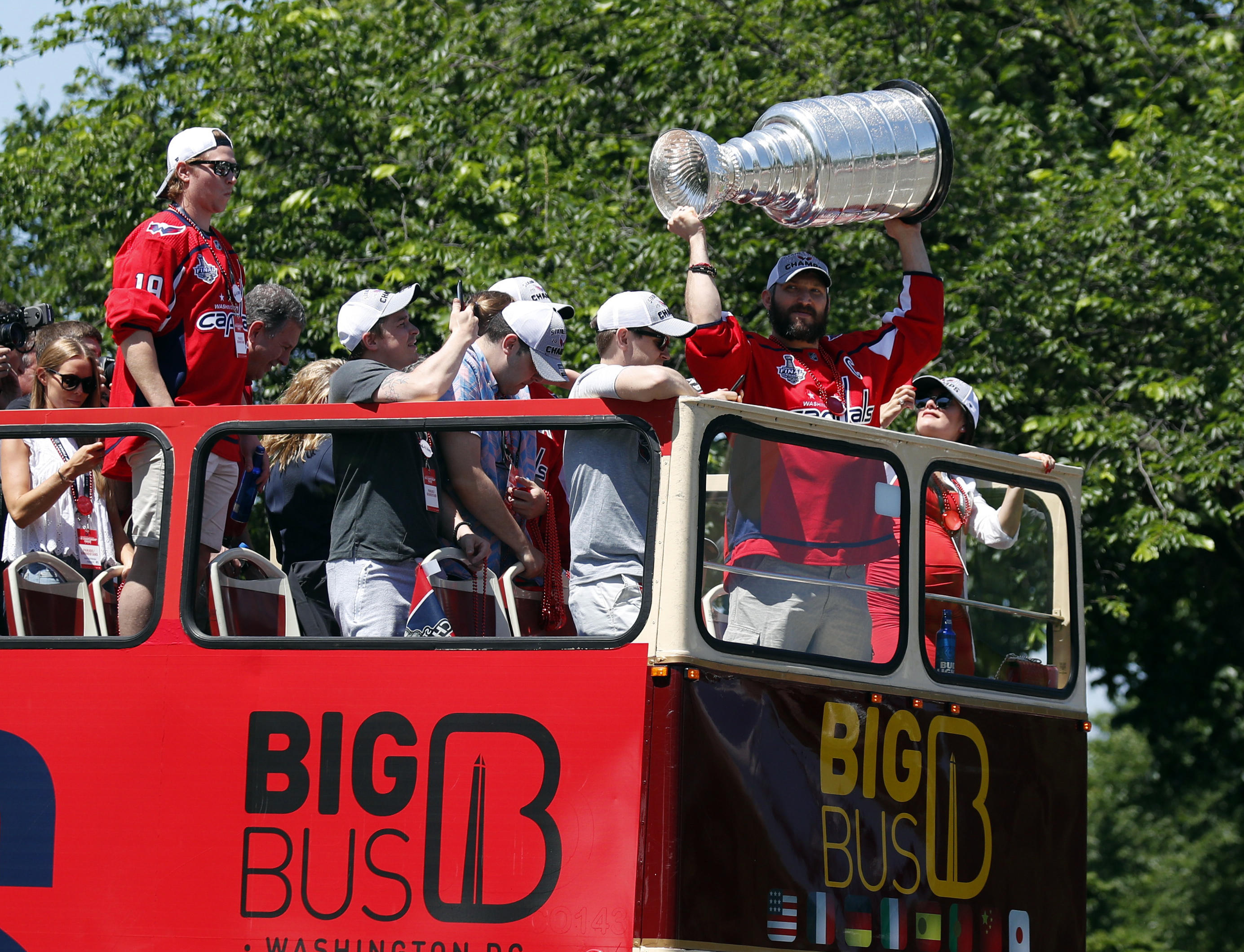 The Washington Capitals are Stanley Cup champions, beating the Vegas Golden Knights in this year's final. The Caps have been on a tear celebrating throughout the Washington, D.C., area over the past few days -- and that celebration will continue on Tuesday with the team's official parade through the city.

It will be the first parade in D.C. for a major pro sports team since the NFL's Redskins in 1992. The parade is 26 years in the making for Washington sports fans who endured long, lean years of heartbreak. The parade and rally is expected to draw a massive -- and rowdy -- crowd, CBS Sports reports.

Since the Redskins won the Super Bowl in January 1992, the 1998 Capitals were the only Washington team in the NHL, NBA, NFL or Major League Baseball to reach a league final until this spring, a drought of 74 combined seasons without a championship.

When the Capitals took the Cup into the Washington Nationals' clubhouse on Saturday, coach Barry Trotz wanted players to know: "There's no curse or anything. It's all gone."