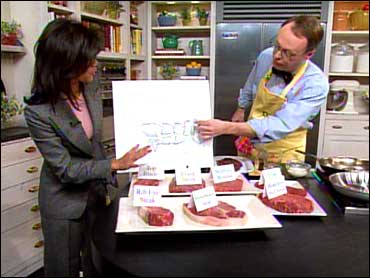 A washboard-like stomach, as anyone in-the-know knows, is the hottest men's muscle accessory of the '90s. But for some guys Â– the abdominally challenged Â– there aren't enough sit-ups or lean diets in the world to strip the cover of fat that separates them from their outer Brad Pitt.

For these guys, there is a new surgical procedure that goes beyond plain liposuction. There is now liposculpture.

This recently developed method allows a doctor to go further than the traditional liposuction route of sucking out fat en masse. In sculpture mode, the doctor also shapes the fat. Some is left behind to create ridges that can actually simulate abdominal muscles.

Explains Dr. Barry Weintraub, a New York City plastic surgeon and spokesperson for the American Society of Plastic and Reconstructive Surgeons, "We figured out a way to go up the center and then crisscross our areas of liposuction. We would remove fat to create a depression and leave some fat to create a little bit of a fullness, like a 'washboard ab.' And that's a common request in men."

Sandy Allen, a New York City bartender, has had liposuction and liposculpture. Some nine years ago, he says, "I had liposuction done because I was a model and I wasn't getting any work in underwear or swimsuit lines because I had the love handles. At the time, I did the surgery so I could get more work. But it was also a self-esteem issue."

On June 1 of this year, Allen went back for liposculpture, purely he says, for "vanity. I mean, I eat a relatively healthy diet, but I thought, well, what the hell, surgery can take care of this a lot easier. Why not have surgery work if you can?"

His plan of attack: "It was more for defining the line up the middle and working on the six-pack. ". "Six-pack" here refers not to the beverage that brings on the fat but to the six abdominal bulges that define that washboard look.

When Allen went to his plastic surgeon, Dr. Peter Cinelli, "I took my shirt off, and I said, 'I want a line here, I want these lines here. . .' And when it came time to actually go into surgery, the doctor basically gave me a magic marker and said, 'Show me what you want.' "

Steven Hecht, a patient of Dr. Weintraub's, went for less dramatic liposculpture. "It was really more for shaping," he says. "You know there was a point where I exercised regularly, very heavily, and there was just an area that I knew I couldn't impact through diet or through exercise. It was just fat that was going to stay there."

The actual procedure, explains Dr. Weintraub, involves making one to two millimeter incisions in natural body creases, where they can go unnoticed. The patient is given oral and intravenous antibiotics and the doctor inserts a canula into the patient's abdominal region, pulling out the fat accordng to plan. The incisions are then sewn closed.

Post-surgery, the patient goes home, where he can expect swelling and a little bruising for the first 48 to 72 hours. Confined to resting these first few days, he can count on experiencing some discomfort. "If they can take off the better part of the first week with a weekend on each side, I can get someone back to work and functioning totally well," says Weintraub. Even after this period, the patient must wear a girdle-like garment for four to six weeks as the swelling goes down.

There's also discomfort in another region: the wallet. Depending on the extent of work done, abdominal liposculpture generally ranges in price from US$3,000 to US$6,000.

Dr. Weintraub also issues some warnings. "There are always problems with surgery. Anyone who minimizes that is not telling you the truth. Most problems range anywhere from death on down: hemorrhaging, infection, asymmetry, lumps, bumps, you name it, it's possible to happen. Every now and then, some person who's not properly trained goes and takes an obese person and liposuctions or liposculpts way too much fat out of them and that person gets volume-depleted and dies. I know of at least three cases of actual deaths from over-suctioning patients to the point where there are serious fluid and electrolyte problems and they go into cardiac arrest and die. It is serious and you must know what you are doing. Is not like going to get a haircut and a manicure."

And there's something else to keep in mind. "The ability to get detail is much harder in someone who is grossly obese," says Weintraub. "If someone's obese, they're not a candidate for this, because all you're going to do is de-bulk them. You've got to watch your weight, you've got to work out a bit. And then, if you've got areas that won't go, that's when you pull out the liposculpture canulas."

Which explains the profile of the typical liposculpture clientele. "Where you would think someone who is overweight would say, 'Oh, I'd better get some liposculpture or liposuction,' it's the total reverse," says Weintraub. "The people that are most in tune with liposculpture are bodybuilders, because they are so concerned with every cut and curve in their body."

Sometimes, even the physical perfectionists are satisfied. Ask Sandy Allen if he's happy with his liposucked and sculpted abs, and he replies, "Very much so." Ask him if he'll go back to the table for more and he laughs. "I would say this is about as far as I'm going to go. I haven't turned into Jocelyn Wildenstein."