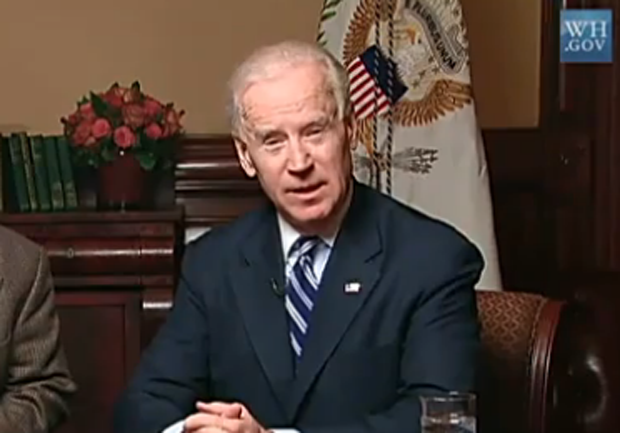 VANCOUVER, Wash. A Washington state man who fired a shotgun in the air to chase away car prowlers says he was following the advice of Vice President Joe Biden.

Jeffrey Barton, of Vancouver, pleaded not guilty Wednesday in a Clark County court to a charge of illegally discharging a firearm. The 52-year-old fired the shot Monday when he thought people were breaking into his vehicles.

Outside of court, Barton told CBS affiliate KOIN, "I did what Joe Biden told me to do. I went outside and fired my shotgun in the air."

In an answer to a home defense question in February, the vice president saidAmericans don't need semi-automatic weapons because a couple of blasts from a shotgun will scare off intruders.

"If you want to protect yourself, get a double-barreled shotgun," Biden said at the time.

"As I told my wife... I said 'Jill, if there's ever a problem, just walk out on the balcony here ... put that double-barreled shotgun and fire two blasts outside the house,'" Biden added.

But sheriff's deputies said firing a gun is not allowed except in self-defense.