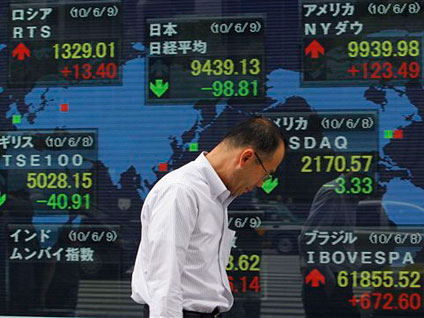 "With today's decision, and because of the political makeup of the Washington State Supreme Court, which makes it almost impossible to overturn this ruling, I am ending the election contest," Rossi said at his campaign headquarters in Bellevue.

Chelan County Superior Court Judge John Bridges denied Republican claims that election errors, illegal voters and fraud stole the election from GOP candidate Dino Rossi. He announced his decision in court, saying the state's election process was flawed but that he was not the proper person to remedy those flaws.

"This court is not in the position to fix the deficiencies in the election process," Bridges said. "However, the voters are in a position to demand of their legislative and executive bodies that remedial measures be taken immediately."

Republicans were seeking a new election in November. They have said they plan to appeal Bridges' decision to the state Supreme Court.

Bridges' ruling came after a two-week trial that turned over rocks in election departments around the state, exposing flaws and quirks that usually don't matter because the results usually aren't so close. But in an election decided by 129 votes, every little mistake has the power to change the outcome.

Republicans concentrated their attacks on the Democratic stronghold of King County, the state's most populous county. The trial exposed various problems, from inaccurate mail ballot reports to Election Director Dean Logan's admission that he didn't know whether the results were accurate within 129 votes.

In the short run, Republicans said they were seeking a new election for Rossi. But many hope the facts aired at trial will spur more election reform. The state Legislature passed several election reform bills this year, but left many others on the table.

"This is the biggest mess I've ever seen," GOP attorney Dale Foreman said in his opening statement as the trial began last month. "The system is broken and it must be fixed."

Democratic attorneys scoffed at the GOP claims, saying they lacked the clear and convincing proof needed to justify overturning the election. The election errors that Republicans characterized as "sinister," Democrats described as innocent mistakes that happen in every county, in every election.

Rossi, a commercial real estate agent and former state senator, was considered a long shot against Gregoire, a three-term attorney general who was the anointed successor to Democratic Gov. Gary Locke. But Rossi's promise of a fresh start in Olympia left Gregoire struggling to define herself.

Rossi won the first count by 261 votes, then watched his lead shrink to 42 in a machine recount. In a hand recount of nearly 3 million ballots, Gregoire won by 129 votes, and her margin was the smallest in percentage terms of any governor's race in the nation's history. Five days before Gregoire's inauguration, Rossi sued to contest the election.