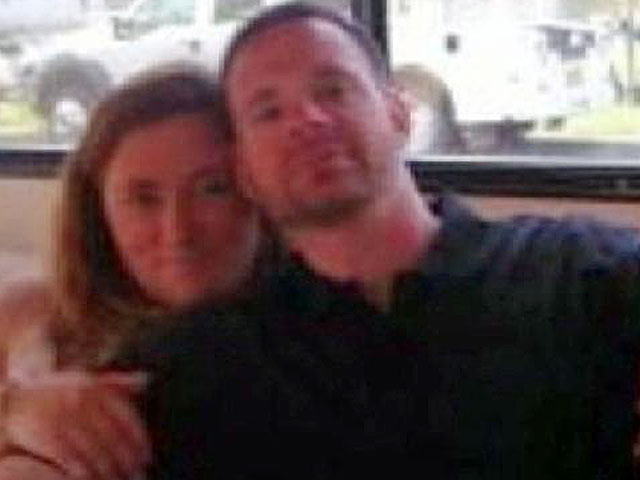 (CBS/KIRO/AP) TUMWATER, Wash. - A man fatally shot himself and his wife while they were fleeing a state trooper on a highway in Washington state, according to police who then later discovered the couple's 6-year-old son dead with a plastic bag over his head Tuesday in their home.

The boy, Jordan Stewart, was found when investigators went to the couple's Spanaway home to check on him and his 10-year-old half sister, who was later found safe with her biological father in Redmond, Ore., said Pierce County sheriff's spokesman Ed Troyer.

Washington State Patrol troopers said the man a corner identified as David Stewart, was fleeing from a trooper and shot himself in the head after his car spun out on Interstate 5, about 60 miles south of Seattle.

Troopers also found the body of a 38-year-old woman in the car, later identified as Kristy Sampels.

The county coroner Gary Warnock said he believes the driver "probably shot her sometime during the pursuit. There's no evidence she was shot at the house."

Stewart and Samples lived together in Seattle suburb, where more than a dozen people held an impromptu candlelight vigil Tuesday night in front of their home.

Investigators said Stewart, an active soldier at Joint Base Lewis-McChord, most likely killed his son inside their home before taking the state troopers on a high-speed chase early Tuesday morning, reports CBS affiliate KIRO.

The 10-mile chase began just before 6 a.m. when a car going about 85 mph passed a marked patrol car, said a patrol spokesman. The trooper pursued the car as spike strips were deployed shredding the car's tires. The driver sped on, later losing control and colliding with a concrete barrier.

Neighbors described Sampels as extremely ill. They told the station that she was bedridden after multiple surgeries.

The army is conducting its own investigation of the incident in addition to the county.