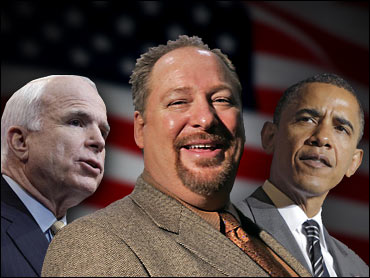 
Rick Warren, the author of "The Purpose Driven Life" and the pastor of the Saddleback mega-church, is going to interview Barack Obama and John McCain this weekend.

The interviews, one hour each, will be televised on CNN.

You would think the preacher would be asking the presidential candidates about faith. Maybe even about attending church. When I spoke with Warren he told me neither subject is on the agenda. He seems much more interested in the candidates' world view -- and how the United States, a country he said has been so amply blessed, interacts with the rest of the planet.

It may in fact be the secular questions that are the windows to the candidates' souls. Warren told me he's been working on his questions, trying to make them impossible to wiggle out of. Good luck with that. At this point in a campaign the candidates are ultra-cautious. Warren promises a civil forum though, not confrontation. And maybe that means candor ... I'll be watching.