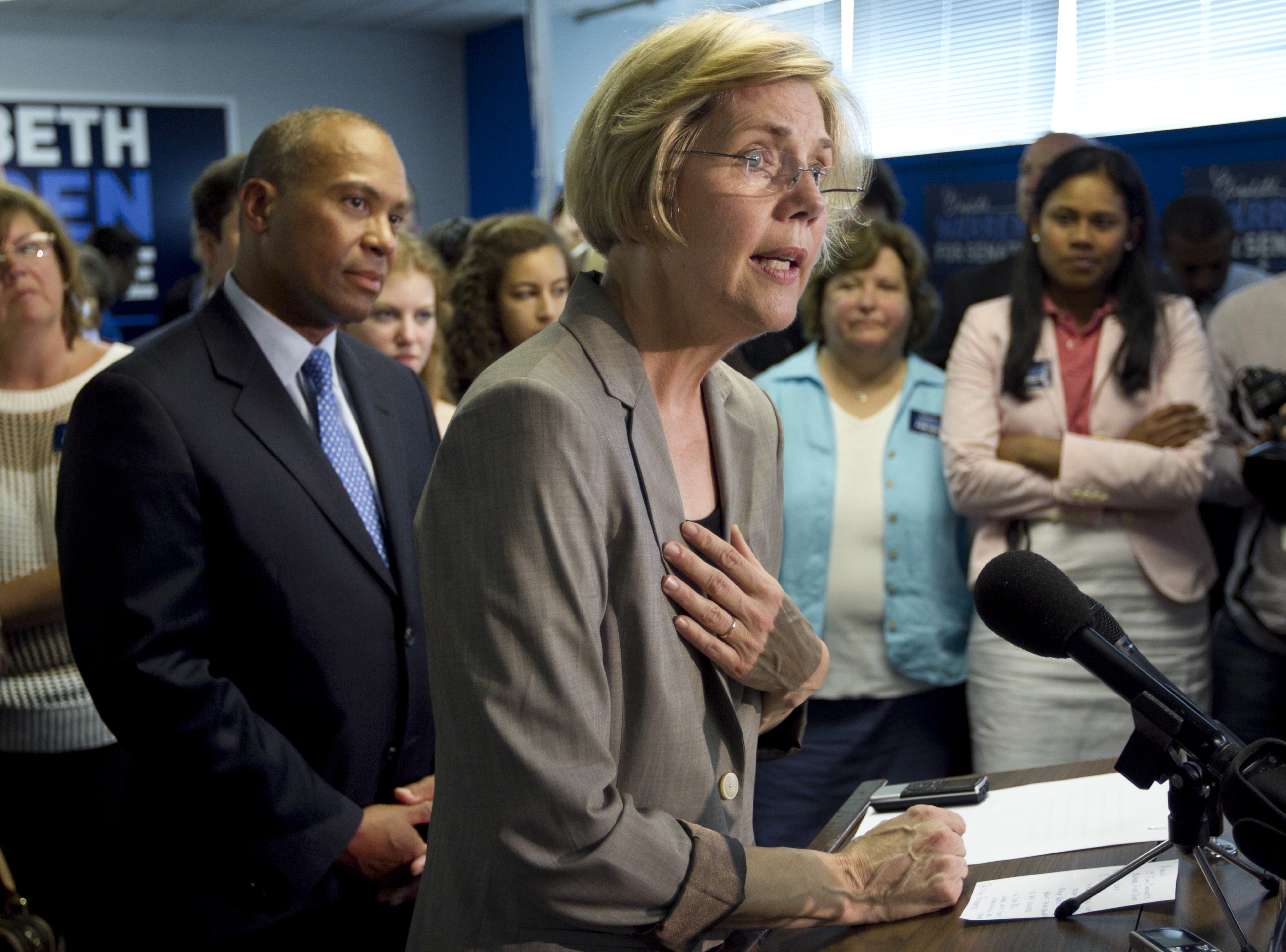 (CBS News) After more than a month of scrutiny surrounding Elizabeth Warren's past claims to Native American lineage, the Democratic Massachusetts Senate candidate on Thursday acknowledged for the first time that she had told several employers about her purported Cherokee heritage.

Previously, Warren had said she had been unaware that Harvard Law School touted her as a Native American employee during her tenure there.

"I think I read it on the front page of the Herald," Warren said in late April, when asked about Harvard's having promoted her purported minority status.

On Thursday, however, her campaign released a statement that would seem to contradict that claim.

"As I have confirmed before, I let people know about my Native American heritage in a national directory of law school personnel," Warren said in the statement. "At some point after I was hired by them, I also provided that information to the University of Pennsylvania and Harvard. My Native American heritage is part of who I am, I'm proud of it and I have been open about it."

Republican Sen. Scott Brown, whom Warren is hoping to unseat, has been highly critical of Warren's changing story on the matter.

Since then, Warren has repeatedly defended the claims to her heritage and has disputed the notion that she improperly identified as Native American in order to further her professional career. But she has not provided any genealogical proof to back up her assertions, citing instead family lore.

"Growing up, my mother and my grandparents and my aunts and uncles often talked about our family's Native American heritage. As a kid, I never thought to ask them for documentation - what kid would? - but that doesn't change the fact that it is a part of who I am and part of my family heritage," Warren's Thursday statement said.

At a press conference Thursday, Brown suggested that Warren's parents had exaggerated about her heritage. "My mom and dad have told me a lot of things too, but they're not always true," he said.

Warren blasted Brown for bringing her parents into the fray, calling his comments "totally out of line" and urging him to apologize.

"I resent him questioning their honesty," Warren said in a statement. "My mother and father are not here to defend themselves and should be off limits. Don and Pauline Herring are not fair game and Scott Brown should apologize."

According to the Bureau of Indian Affairs, the federal government does not officially recognize a person as an American Indian unless he or she has had status conferred upon them by one of 566 federally recognized tribes, according to the Bureau of Indian Affairs. A Certificate Degree of Indian Blood (CDIB) can also be obtained to prove that a person has Native American blood, though it does not confer tribal status.

"Cherokees Demand Truth from Elizabeth Warren is a group of authentic Cherokees and descendants devoted to sharing the truth about our history," reads a statement on the website. "Our mission is to help people understand what a real Cherokee is and to show why Elizabeth Warren claiming to be Cherokee without proof is harmful and offensive to us."

And on Wednesday, a Boston Herald story highlighted another story of Warren's that has come under some scrutiny: In 2011, she told an audience at the Chicago Humanities Festival that she was "the first nursing mother to take a bar exam in the state of New Jersey."

Her campaign responded to questions about that assertion by arguing that Warren was talking about the challenges of being a working mom. But Marisa DeFranco, Warren's Democratic challenger for the nomination is looking to disabuse Massachusetts Democrats of the notion that Warren's nomination is inevitable.

"There's no such thing as a presumption in politics," DeFranco said earlier this week, of Warren's presumed nomination. "I mean, it's proven over and over again: As soon as you presume something you're proven wrong."

DeFranco is currently fighting to get on the Democratic ballot alongside Warren. In order to do that, she'll need to win more than 15 percent of Democratic delegate votes this weekend at the Massachusetts Democratic State Convention.