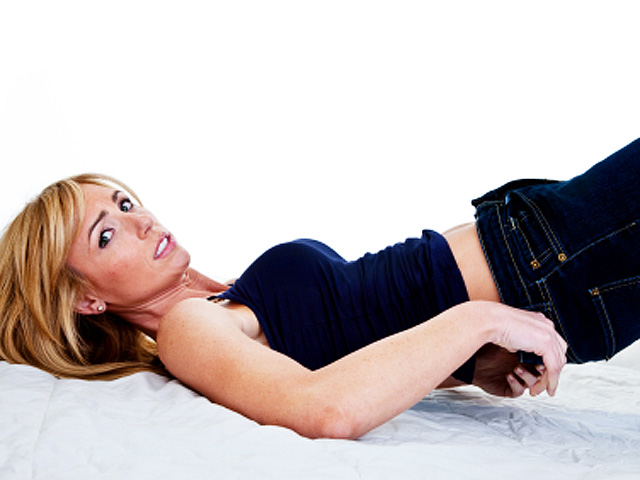 (CBS News) Wearing skinny jeans and other restrictive, tight clothing might seem like the more fashion-friendly choice, but it may come with a hefty price tag - for your health.

Fashion harmful to health? Not these 2012 trends

"When you're wearing skinny jeans to make yourself skinny that's not the point," Dr. Nicholas Morrissey, vascular surgeon with NewYork-Presbyterian Hospital / Columbia University Medical Center, told to HealthPop. "Skinny jeans are meant to accentuate the way you look, not to make yourself look another way."

"Clothing isn't designed to give us a shape that we don't have, and that's where people get in trouble," he added.

What exactly can go wrong when wearing too-tight clothing? A common complaint is a numbness going down one's thigh known as meralgia paresthetica. Morrissey explained that there is a sensory nerve that comes from your pelvis that provides sensation to parts of your thigh. People who wear skinny jeans sometimes say they feel a numbness going down their leg because of the constriction. Their thigh then goes to sleep, and when they stand up, it feels like their foot isn't under them.

Morrissey said that the condition itself isn't dangerous, but if you keep having repeat episodes it can cause permanent damage.

Dr. John Michael Li, a neurologist at Rush University Medical Center in Chicago, told CBS Miami that other people suffer from "tight pants syndrome," marked by abdominal discomfort, heartburn and belching from wearing those skin-tight slacks. Normally the pants are three inches too small for the person's waist.

"When you put pressure on the abdomen, your food doesn't digest. It risks not being able to be digested properly especially for people who have reflux esophagitis, heartburn or chronic heartburn. Tight clothing can aggravate those problems," he added.

Men should be especially concerned when trying to squeeze on tight pants. Morrissey cautioned that one of the problems with wearing skinny jeans is that it can cause a testicular torsion, where one testicle gets twisted on itself. If left untreated, the torsion can cut off circulation and cause the testicle to die. While there have been reported cases of testicular torsion from tight clothing, none have got so severe that a man has lost one of his testicles. Normally the condition is so painful that people seek help pretty quickly, he said.

"Men only need one, but it would be a heck of a thing to lose one because of your jeans," Morrissey commented.

A recent survey of 2,000 British men conducted by TENA Men, which makes garments for men with bladder problems, showed that one in 10 men have had discomfort from wearing skinny jeans, the Telegraph reported. Half of those men said they had problems with their groin, while over a quarter of them had bladder trouble. One in five had a twisted testicle.

When asked why they still wore the skinny jeans, the most common survey answer was "to show I can still fit in them" and "because they look good."

"Obviously the answer is it's not worth going to a doctor, it's not worth starting along the path of lots of medical tests. If you're not comfortable, if your body is talking to you, listen because it can save you a lot of problems down the road," Avitzur advised.