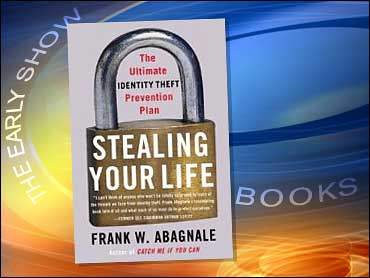 Russia's forthright rejection Thursday of U.S. allegations that Moscow was responsible for spreading missile technology has added further heat to a furor over U.S. plans for a "Son of Star Wars" missile defense shield.

The row has been the main strain in ties between the world's top two nuclear powers and looms over the first face-to-face talks between new Secretary of State Colin Powell and Russian Foreign Minister Igor Ivanov, due on Feb. 24.

U.S. Defense Secretary Donald Rumsfeld fired his latest salvo Wednesday, saying Russia was "part of the problem" in missile technology proliferation, which has made the United States want to build a National Missile Defense (NMD).

Last week, Central Intelligence Agency director George Tenet said in testimony to Congress that Russia was one of the world's top three suppliers of weapons technology, with Russian entities providing "a variety of ballistic missile-related goods and technical know-how to countries such as Iran, India, China, and Libya."

Tenet also infuriated Russia by listing it as one of several global threats to the United States.

"These words are on the conscience of Mr. Rumsfeld as one can only make such statements when one has the necessary and incontrovertible proof of what the politician is saying.

"Russia has not violated, does not violate and will not violate its obligations, including in the area of non-proliferation," Manilov said.

"As far as worries expressed by Mr. Rumsfeld are concerned, there is an appropriate Russian-U.S. mechanism of consultations which has existed for several years to deal with them," he said. "In our opinion it is hardly worth reducing such serious issues to exchanging 'propaganda shots' using the mass media."

Washington wants to protect itself from attack by what it calls "rogue" states by building a $60 billion National Missile Defense (NMD) to protect its territory from missiles as they fall toward U.S. targets.

But Moscow fears its own missiles could be shot down, which would weaken its nuclear deterrent, violate arms treaties and spark a new arms race that would suck in China.

President Vladimir Putin has called for Europe and the United States to work with Russia on deploying regional systems near rogue states' borders to shoot down missiles shortly after launch. But he has given few details, and Washington has been cool to the proposal.

But Washington's European partners in NATO, who also have reservations about NMD, have expressed more interest.

American proponents argue a national missile defense is needed to stop a missile carrying nuclear, biological or chemical weapons from hitting the United States. Rogue countries or terrorist groups who didn't fear retaliation — those with "nothing to lose" — could threaten the U.S. with such a weapon, supporters say.

Domestic critics argue the system could launch a new arms race, involves technology that won't work and is based on flawed assessments of rogue states' missile capabilities.

Then-President Clinton last year deferred a decision on whether to build the national missile defense, leaving the final go-ahead to his successor.