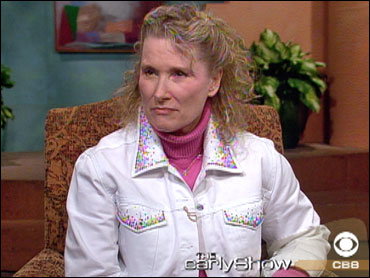 The son and grandson of Navy admirals, John Sydney McCain was destined for a military career. His calling in politics seemed less obvious.

"I don't think my grandfather or my father ever voted," McCain said of his namesakes. "They were both very apolitical."

Now with young children of his own, McCain is the one trying to distance politics from his family. But as a presidential candidate struggling to surface from a deep pool of Republican hopefuls, the task has become increasingly difficult.

His wife, the millionaire daughter of an Arizona beer baron, had avoided the Washington social scene but now frequents the campaign trail with her husband.

Eventually joining them will be their four children, plucked from their ranch-style Phoenix home where they have known very little of the nomadic lifestyle McCain experienced as a Navy brat.

The paradox is among many for this 63-year-old Arizona senator, a father and husband who has kept his personal life private and yet has centered his campaign around his outspoken personality.

Dubbed a maverick for his habit of butting heads with fellow Republicans, McCain has enjoyed a high profile existence in Washington as the chairman of the Senate Commerce Committee.

Outside the Beltway, however, he has to introduce himself to Americans more familiar with names like Bush and Dole.

McCain spent more than 20 years in the Navy, a quarter of it in a Vietnamese prisoner of war camp. On Oct. 26, 1967, his jet was shot down over Hanoi during a bombing mission. He broke both arms and shattered a shoulder and a knee while ejecting from the aircraft and, when he landed, was pulled from a lake by a North Vietnamese mob who stabbed him with bayonets.

McCain was beaten repeatedly for the next 5½ years. When his captors learned he was the son of a prominent Navy admiral, they offered to release him early. McCain refused to go along with what he saw as a propaganda ploy, and he insisted that soldiers captured before him leave first.

Although his voting record shows him consistent with his GOP colleagues, McCain has a reputation for bucking the party line, particularly on issues like campaign finance reform and anti-tobacco legislation. While a freshman House member, McCain stood up to a political hero, Ronald Reagan, and voted against sending Marines to Lebanon.

McCain has admitted post-Vietnam "indiscretions" led to his divorce from his first wife, Carol, with whom he raised three children. His current wife, Cindy, admitted an addiction to painkillers during the early 1990's that led her to steal drugs from a medical charity she founded.

And then there's his temper, which once was as well known as his independent streak.

"I'm not afraid of losing," McCain said. "I'm going to do everything I can, but at the end of the day, if we win, it'll be great. If I lose, we'll have a wonderful life."