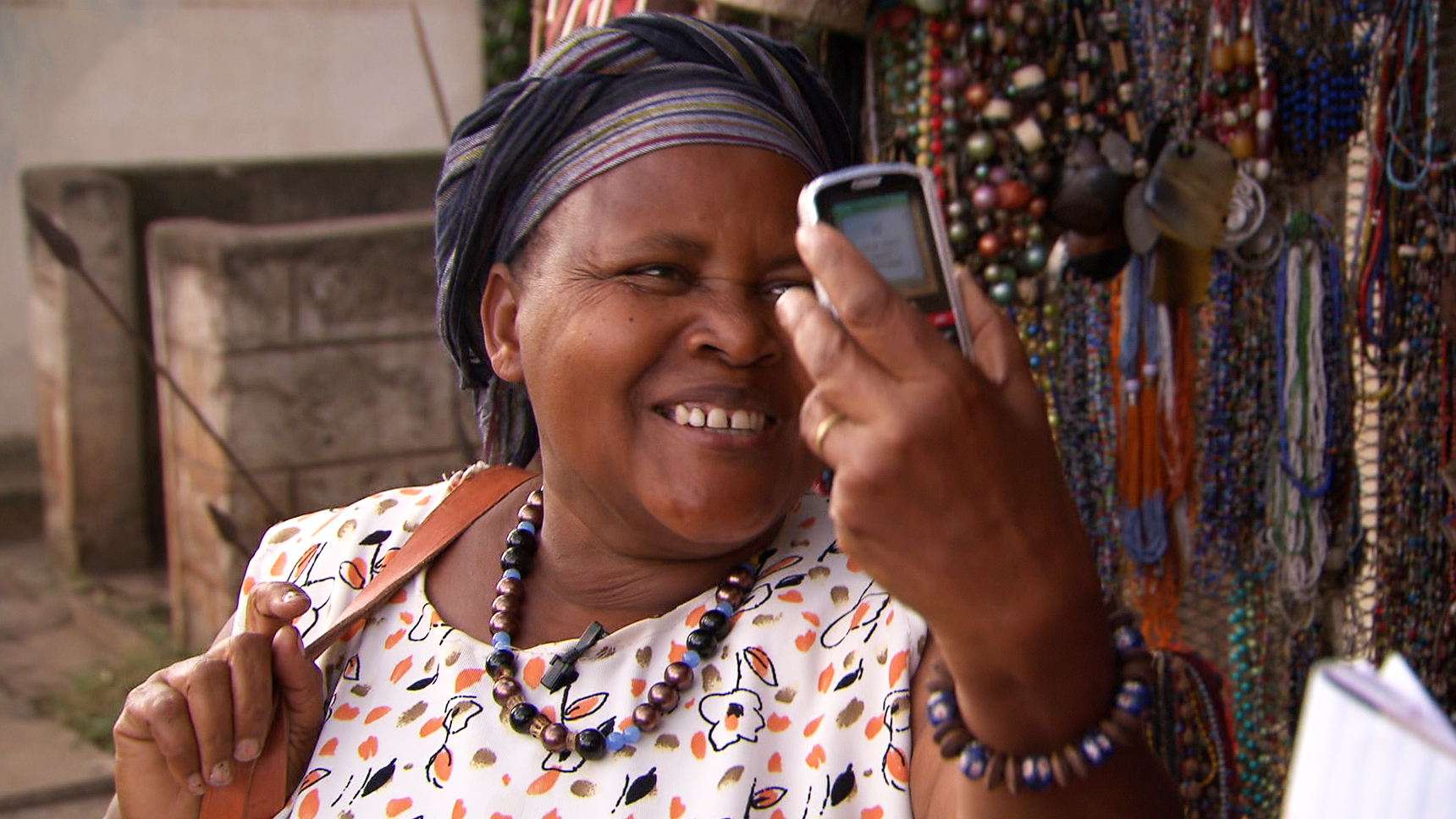 Apple is reportedly exploring a system of transferring money between people with smartphones, joining tech giants like Facebook, Google and PayPal, all of which are steadily rolling out services that can turn your phone into a digital wallet. But Kenyans have been using mobile money for years. Lesley Stahl reports on M-PESA, a payment system that has not only improved urban commerce but has helped bring basic necessities like water and solar power to poorer rural areas. Stahl's report from Kenya will be broadcast on 60 Minutes Sunday, Nov. 22 at 7 p.m. ET/PT.

The system, like all good inventions, was born out of necessity. A majority of Kenyans do not have a bank account, and bank branches can be scarce, especially in rural areas. City workers used to find it difficult to send money home to their rural families. Safaricom, the country's largest provider of cellphone service, found a way to solve this problem. Eight out of 10 Kenyans have access to a cell phone, so Safaricom launched M-PESA, a system of transferring money between people on cell phones, even the most rudimentary ones.

"You are effectively texting money," says Bob Collymore, Safaricom's CEO. "It is often referred to as Kenya's alternative currency. But safer and more secure." More secure because at one time, cash had to be transported on buses to rural towns. Theft was a regular problem.

Some 85,000 locations throughout the country offer M-PESA services. Users give cash to an agent who then loads their phone with the virtual currency. "This is bankless banking," says Collymore, since users don't need to link their phone to a bank account or credit-card. The phone is it. "It's like having a bank in your pocket," a local souvenir vendor tells Stahl. Almost anything can be purchased with M-PESA: cab drivers, shop keepers, friends and neighbors can accept it; all they need is a cell phone.

And M-PESA is increasingly incorporated into innovative infrastructure solutions for Kenya's poorest. In slums throughout the country, you can see solar panels powered through M-PESA payments, allowing families to ditch kerosene lamps emitting toxic fumes. In rural villages, there are clean water wells accessed by a pump that is operated via M-PESA payments. And for Safaricom -- M-PESA is a huge revenue maker. The company takes a tiny service charge out of each transaction. How much money annually does Safaricom make from M-PESA in Kenya? "A quarter of a billion dollars," says Collymore. "You don't have to be greedy to be successful."