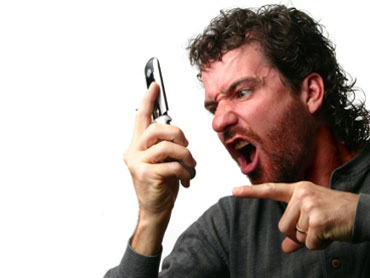 Getting ready to quit smoking? Try eating more vegetables and less meat — and swap that coffee for a glass of milk.

"The conventional wisdom is that cigarette addiction is all about the nicotine," McClernon tells WebMD. "But we are learning more and more it is also about sensory effects like the taste and the smell and the visual experience and the habitual routines of smoking. The taste effects are important."

McClernon, a researcher at the Duke center for nicotine and smoking research, kept hearing smokers say that certain foods and beverages made their cigarettes taste much better. He began to wonder exactly which foods these were — and whether any foods made smoking a worse experience.

To study the issue, he asked 209 smokers to list foods that worsened or enhanced the smoking experience. The smokers averaged a little better than a pack of cigarettes a day for an average 21 years. About half were women, a fourth were black, two-thirds were white, and nearly all of them were high-school or college graduates.

Nearly 70 percent of the smokers said some foods made their cigarettes taste better. These foods tended to be caffeinated beverages, alcoholic beverages, and meat.

Just under half of the smokers — 45 percent — said some foods made their cigarettes taste worse. These foods tended to be fruits and vegetables, noncaffeinated beverages such as water and juice, dairy beverages, and dairy foods.

"We were surprised that smokers would say anything would make their cigarettes taste worse," McClernon says.

Another surprise: Menthol-cigarette smokers were very likely to say that their cigarettes tasted the same no matter what kind of foods and beverages they consumed. Nearly 90 percent of the black study participants smoked menthol cigarettes.

This means that black smokers may have a particularly hard time quitting cigarettes, suggests Scott McIntosh, Ph.D., associate professor of medicine at the University of Rochester in New York and director of the greater Rochester area tobacco cessation center.

McIntosh says most experts think the reason why black Americans are more likely to smoke menthol cigarettes is because they were targeted to do so by tobacco-company ads, McIntosh tells WebMD. "But this study suggests that menthol lessens the effect of taste deadening or enhancing. And you are more likely to be addicted if you are not affected by variations in taste and pleasure."

McClernon and McIntosh note that counselors tell people who quit smoking to drink lots of water and to eat carrots and celery sticks.

"The idea is to get the smoker to do something with the hands and mouth that is not smoking — but it might actually be good to engage in some of these behaviors before quitting, to alter the taste," McClernon says. "We might ask clinicians to ask patients getting ready to quit to start consuming healthy dairy products also to see if they can alter their smoking behavior that way."

McIntosh says this is an exciting idea that will add to the repertoire of quit-smoking counselors. He looks forward to suggesting the technique to the counselors he trains.

"And this emboldens me for a strategy we use called habit breaking," he says. "The idea is to switch to a different brand of cigarettes — and smokers say brand has a dramatic effect on taste. So if taste is such a predictor of enjoyment, this is a good reason to tell people to switch brands as a quitting strategy. It might be even more powerful than we are thinking."

McClernon says he doesn't know why some foods make cigarettes taste worse but he plans to find out.

"We are going o do research to try to understand why drinking water and eating fruits and vegetables worsens the taste of cigarettes," he says. "We don't have a lot of super good ideas about that right now. But if we understood the mechanisms, we could maybe use them to develop new treatments."

Smokers, particularly teen smokers, tend to have a poorer diet than nonsmokers do. So while quitting smoking may be the best thing you can do for your health, it isn't the only thing, suggests Avery M. Lutz, a Duke research technician who worked on the McClernon study.

"It can't hurt to eat more fruits and vegetables even before people quit smoking. It will help them have a healthier life," she tells WebMD.

The McClernon study appears in the April issue of the journal Nicotine
& Tobacco Research.