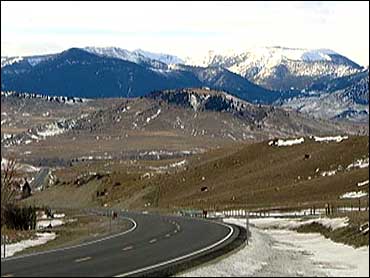 If you're planning to apply for a job with the city of Bozeman, Montana, be prepared to hand over much more than your references and résumé.

The Rocky Mountain city instructs all job applicants to divulge their usernames and passwords for "any Internet-based chat rooms, social clubs or forums, to include, but not limited to: Facebook, Google, Yahoo, YouTube.com, MySpace, etc."

"Shame on us if there was information out there available about a person who applied for a job who was a child molester or had some sort of information out there on the Internet that kind of showed those propensities and we didn't look for it, we didn't ask, and we hired that person," Winn said. "In many ways we would have let the public down."

After CBS affiliate KBZK highlighted the requirement on Wednesday, a firestorm of sorts has erupted online: irate e-mail messages have jammed mailboxes in City Hall, snarky Twitter.com comments have poked fun at a place once awarded the sobriquet of "All-America City," and a poll indicates 98 percent of respondents believe the city's policy amounts to an "invasion of privacy."

In addition to the usual requests for a home address and Social Security number, Bozeman's one-page background check form asks for the account information for "current personal or business Web sites, Web pages or memberships." It assures applicants that any information received "is confidential."

Winn said applicants are not required to divulge their social networking log-ins, but warned that there could be repercussions if they lie. "If you say 'I have no driving violation,' and then we run your driving record and it turns out you do, and through further questioning we find out you've been deceitful about it, than that would be cause (for firing)," he said. "That tells us a lot about that particular person. They lied to us and were deceitful."

Under the policy, which the city says has been in place for a few years, a police officer logs into and reviews the social networking sites of people applying for public safety (that is, police and fire) jobs. For other jobs, the city's human resources department will perform the investigation.

An attorney for the Electronic Frontier Foundation, a digital rights group based in San Francisco, questioned Bozeman's choice to ask for usernames and passwords.

"I think its indefensibly invasive and likely illegal as a violation of
the First Amendment rights of job applicants," said Kevin Bankston, an EFF attorney. "Essentially they're conditioning your application for employment on your waiving your First Amendment rights ... and risking the security of your information by requiring you to share your password with them... Where does it stop? How about a photocopy of your diary?"

One potential privacy concern is that accounts for Facebook and Google, among other sites, are used for more than just displaying photos, videos, and messages. They're also used for e-mail, meaning that a Bozeman investigator could review years of personal messages.

"I don't think the government can condition your application for employment on your giving up your First Amendment rights and your Fourth Amendment rights," Bankston said.

Bozeman's Winn said the city does not want to be the "taste police" and is focused on looking for evidence of illegal activity. "They can log in themselves," he said. "If not, they can show us what's on their face page. 'Yes, I have a face page but I don't want to show it to you.' That's a fine answer. We'll use other resources out there to do a through background check. We owe it to the public."

Elinor Mills from CNET News, part of CBS Interactive, contributed to this report.