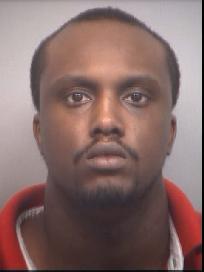 (CBS/AP) ATLANTA - A judge sentenced Atlanta panhandler, Wanique Odwin, to life in prison plus 25 years on Monday for the 2008 shooting of a tourist who had refused his demand for a quarter, according to the Atlanta Journal-Constitution.

Odwin, 29, was sentenced shortly after being convicted of murder in the September 2008 death of 48-year-old Kashma Avery of Michigan. According to the AJC, Odwin was also convicted of aggravated assault against 33-year-old Jay Abernathy, who was traveling with Avery, and possession of a firearm during a felony.

Prosecutors said that the two victims had stopped at an Atlanta gas station to ask for directions when they encountered Odwin, who asked them for a quarter.  When Avery refused, Odwin allegedly became belligerent and pulled out a .380-caliber semi-automatic handgun. Abernathy attempted to grab the gun, but Odwin shot and wounded Avery, who later died at a downtown hospital, according to the AJC. The paper reports that Odwin fled but was arrested soon after at a homeless camping area.