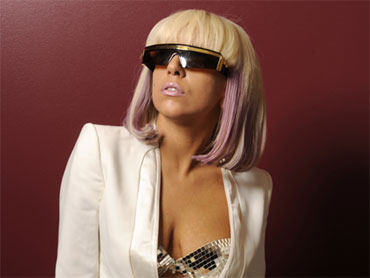 Barbara Walters thinks this year's roster of fascinating people is a little edgier, more current and less obvious than usual.

Of course, the fact that she's compiling a new list is no surprise. Airing Dec. 9 at 10 p.m. EST on ABC, "Barbara Walters Presents: The 10 Most Fascinating People of 2009" is her 17th edition.

But the choices this time, she says, "are hopefully more adventurous," in contrast to last year's, which (boasting the likes of Michael Phelps, Tom Cruise, Tina Fey, Barack Obama) seemed to come together naturally.

This year's choices were made later than usual, adds Walters - in just the past few weeks.

All but one (whose name is under wraps until the program airs) have been announced. And most of them Walters (who knows nearly everyone) admits she had never met before.

Here's Lady Gaga, an explosive young pop star who many viewers may recognize, if at all, only for her kookie onstage outfits.

"Very intelligent, serious," Walters sums up. "She walked in for the interview in a black Chanel suit."

Here's glam rocker Adam Lambert, speaking with Walters on the heels of his racy performance at ABC's American Music Awards - and getting dropped from an appearance on the same network's "Good Morning America."

Comedian-writer-entertainment mogul Tyler Perry is yet another one of Walter's fascinating people. But while wildly successful among black audiences, "most white people have never heard of him," she says.

She talks with mother of eight Kate Gosselin, who recently ended her TLC network reality series and is about to end her marriage to former co-star Jon Gosselin.

"Nobody hit the scales harder this year than Kate Gosselin," says Walters. "And this career is not over."

As a different way of noting Michael Jackson's impact this year, Walters' program will profile the late King of Pop's kids: Paris, Prince Michael and Prince Michael II (known as Blanket). Walters will also air excerpts from a vintage interview she conducted with Jackson.

She talks with South Carolina's first lady, Jenny Sanford, who this year suffered every married woman's nightmare: the scandalous disclosure that her husband, Gov. Mark Sanford, had cheated on her during a mysterious disappearance last summer to Argentina.

"Jenny Sanford has reacted with dignity and courage and integrity," says Walters, "and touched a chord in many women, with a little bit of a warning for men: 'Don't take me for granted."'

Also on the roster is the irrepressible, unretiring NFL quarterback Brett Favre, now riding high with the Minnesota Vikings.

"We were thinking of maybe doing (Yankees shortstop) Derek Jeter," confides Walters, "but then we thought that was more of a New York story." What?! Get outta here! "Sorry guys," Walters laughs.

Glenn Beck, the highly popular, often incendiary radio and TV host, discusses with Walters his past struggles with alcohol addiction.

When she asks if he'd like to see Sarah Palin as a nominee for president, he says he hasn't made up his mind.

"I think she knows where the country is headed," Beck says. "Whether she has the chops to be the President of the United States - I mean really, Barbara, who does?"

But during the hour, Palin has a chance to speak for herself. The best-selling author and former governor and vice presidential candidate is also one of Walters' most fascinating people - for the second year straight.

"It's the only time we've ever done that," Walters says. But accompanying this very familiar name are other names on her list she "didn't know existed a year ago."
By Frazier Moore