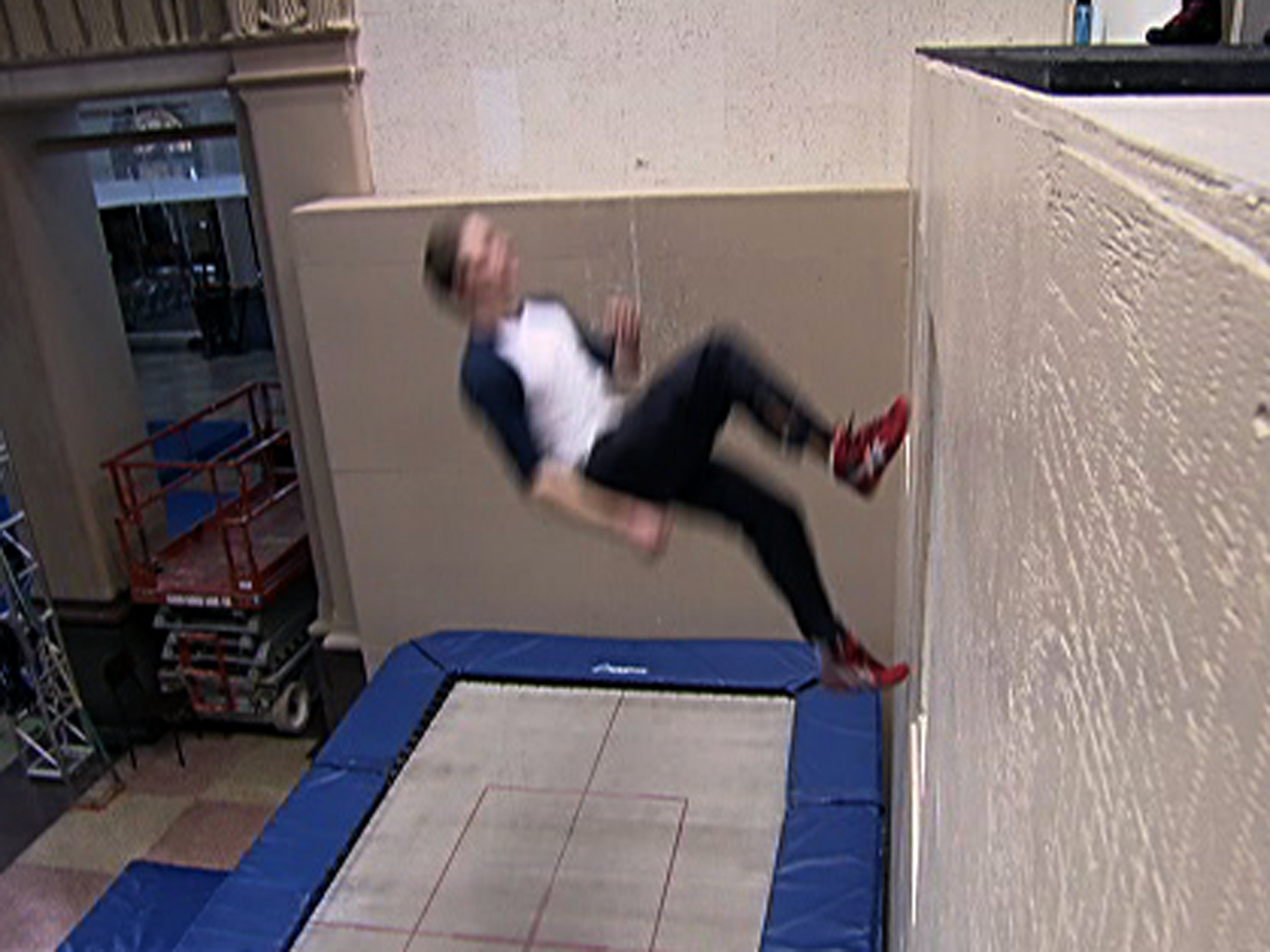 (CBS News) Jumping on a trampoline is not something you may think of as an extreme sport.

"It feels like trampoline, but way cooler," said Canadian gymnast Julien Roberge. Roberge is a master of the new sport and its biggest cheerleader. He and his gymnast friends are hoping "wall trampoline" becomes an official contest in the X-Games.

Entertainment giant Cirque du Soliel has used a wall for years in shows like "Dralion" and "La Nouba." Now, many would like to see it graduate from the big tent -- to the big time.

Jeff Jay owns The Werks Shop, an extreme sports school in Las Vegas. He says wall trampoline has become so popular here, he's hired two coaches to teach it, and is putting up a new wall.

"A lot of people from the bigger shows in town come and train on their off days," Jay said.

One of his athletes, Chris Purdy, loves the "no rules" mantra.

"Trampoline is straight up and down. It gets kind of boring," Purdy said. "I would refer to it as the army -- there are such strict rules. This, you can take a little break, add more tricks -- something new, something exciting. There's more of a freestyle feeling to it."

Roberge and his crew are hoping more American markets jump on board. In the meantime, they spend hours a day honing a craft that, right now, is still not officially recognized.

Something that will likely change -- if Roberge's passion is any indication.

"I've been jumping for ten years," Roberge said. "And I absolutely love it. I never wanna stop."

Jeff Glor learns the basics of wall trampoline from experts of the extreme sport.

Ida's path of destruction: New Orleans may be without power for days
Jeff Glor