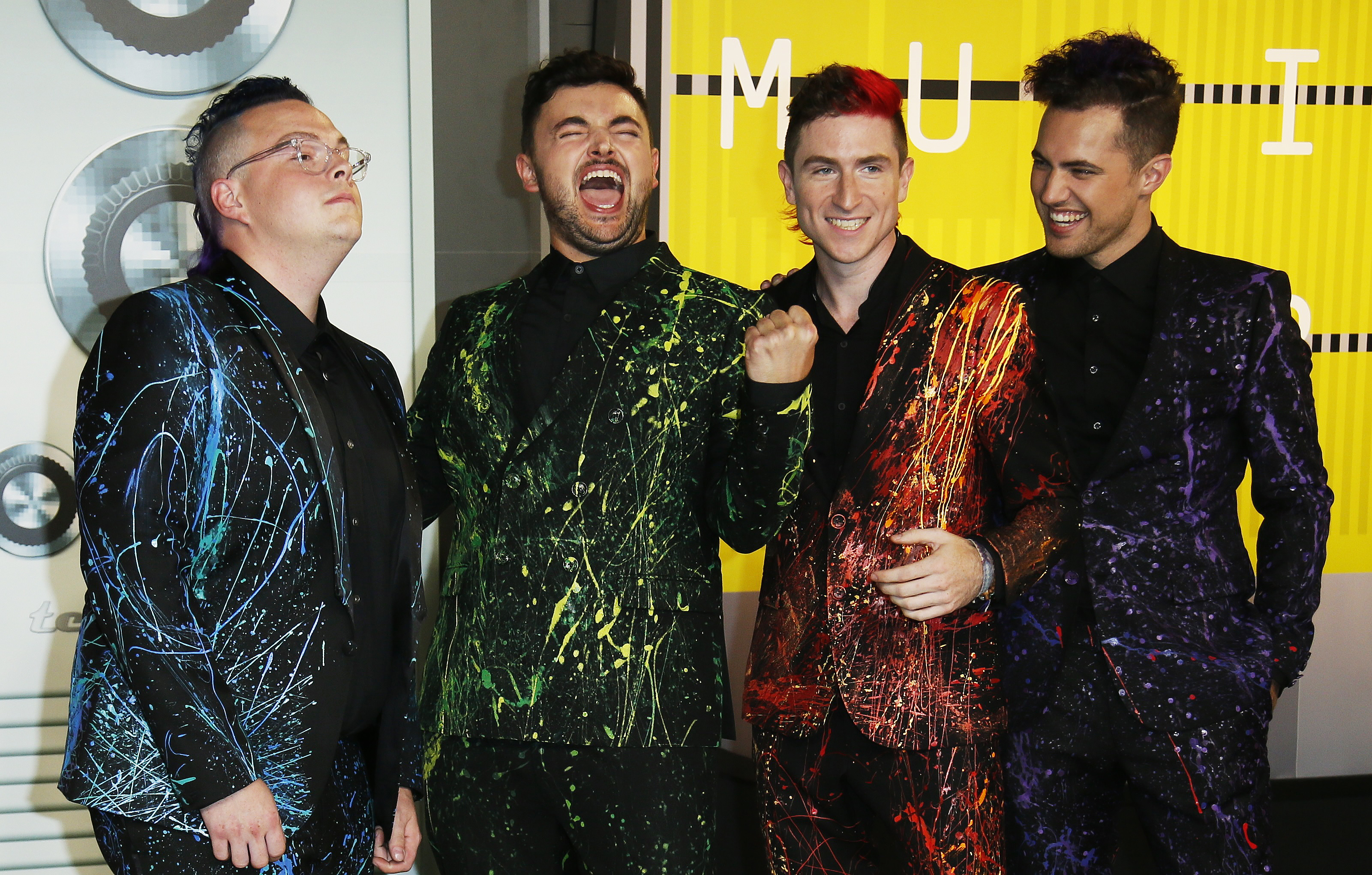 The members of Walk the Moon can describe the past eight months as one big "whirlwind." Since releasing the album "Talking Is Hard" last fall, the pop rockers notched a massive hit with "Shut Up and Dance," received a nomination at the MTV Video Music Awards and recently shared the stage with Taylor Swift in front of some 60,000 people -- the last of which singer Nicholas Petricca calls "so awesome."

"It's so affirming and exciting to feel like we're accomplishing what we set out to do. We've always been ambitious ... But at the same time it's been such a whirlwind," Petricca told CBS News. "As soon as we are done with one thing, we're on our way to the next thing. So we've been realizing how important it is to stop and smell the roses and appreciate all the amazing things that are happening."

"Talking Is Hard" marked the Cincinnati-based group's third album. The previous self-titled set, released in 2012, received some buzz thanks to the catchy track "Anna Sun" (named by Esquire as one of the best songs of the summer). But the band's latest release really put Walk the Moon on the map.

And to think, "Shut Up and Dance" almost didn't exist.

Petricca and his bandmates (Kevin Ray, Sean Waugaman and Eli Maiman) had thought they were done with the album. They had spent lots of time at a lodge in Kentucky writing roughly 50 songs. But their team pushed them to write some more. So they changed up the scenery and headed to Los Angeles.

Still, as "Shut Up and Dance" started coming together in L.A., the band faced a road block.

"It had this awesome vibe, but no chorus," Petricca said. "So I went out to take a break, and at this club -- at the Echo in Los Angeles -- there was this girl in this backless dress and beat-up red sneakers and she actually told me to shut up and dance with her. And so I did. Then I came home and wrote the chorus, and the rest is history."

He knew immediately the song was "the one." The team, though, took some convincing. But as soon as the band played the track live, it was a done deal.

"It was just undeniable. They were singing along by the second chorus, and they had never had heard the song before. It was an amazing feeling," said Petricca.

That amazing feeling has continued throughout the past year as the band toured around the world. Concert dates are scheduled into early December, including a stop at The Lipton Be More Tea Festival on Oct. 24, 2015 at the Riverfront Park at Naval Yard in North Charleston, South Carolina. The free festival will also feature performances by Passion Pit, The Roots and St. Lucia.

"I think it's awesome they want to celebrate that with live music and bring some joy and good spirit to the people. And that's what we're all about," said Petricca. "We're on with some great bands -- The Roots ... It will be cool to share a bill with them. We're always happy to have an opportunity to play, especially in the festival setting ... Festivals are our favorite little slice of summer camp. We've made so many great friends over the years [at festivals], so it's awesome to reconnect with them."

As for Walk the Moon's live show, fans can expect a lot of material from the latest album, with the same Walk the Moon energy.

"We're very much true to our past ... calling out the wallflowers and trying to get everyone involved ... You're never really sure how music that you make in the studio is going to go over live but that's the No. 1 most important thing to us. It's been a blast and we've loved it even more than we expected."

And when the band isn't on the road?

"Either I completely shut off and hang out with my family, my cat. Or I can't stop working. I get home and I can't stop writing," Petricca said. "I collaborate with other artists or work with the band on other stuff. It's an important thing to strike a balance between keeping momentum and scrounging together enough rest time to survive."

Looking ahead, don't be surprised to hear another Walk the Moon album very soon. The guys wrote quite a a few songs during the previous studio sessions that have some potential.

Apparently, the leftover tracks weren't ready for "Talking Is Hard."

"Some of the ones we wrote feel like an evolution from this record -- they feel like they are too future for what we're doing. Like we needed to evolve this way before we could reach these other songs," the frontman said.

Until they are, just shut up and dance.