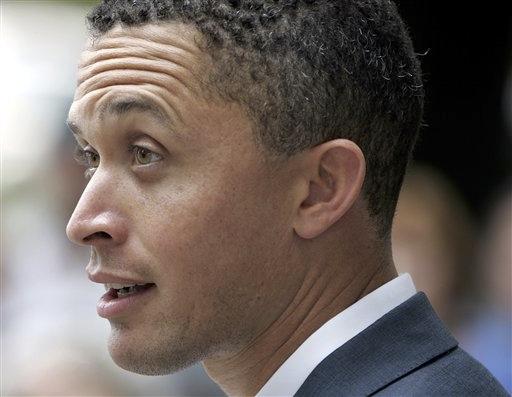 The 24 violations, which occurred at stores in Arkansas, Connecticut and New Hampshire, had to do with teenage workers who used hazardous equipment such as a chain saw, paper bailers and fork lifts.

Wal-Mart denied the allegations but agreed to pay the penalty. A spokeswoman for the Bentonville, Ark., company said Wal-Mart was preparing a statement Saturday.

Child labor laws prohibit anyone under 18 from operating hazardous equipment.

The company also agreed to comply with any provisions they violated — in this case, child labor laws — in the future, said Victoria Lipnic, assistant secretary for the department's Employment Standard Administration.

"This is a fairly standard thing to have an agreement like this," Lipnic said.

The settlement was signed by both sides on Jan. 11. An announcement was not made before Saturday because the department was waiting for the settlement to be paid in full within the 30-day period agreed to, Lipnic said.

The allegations, which occurred between 1998 and 2002, involved one case in New Hampshire where a youth was using a chain saw to trim Christmas trees. A majority of the cases in Connecticut involved children loading paper bailers.

Rep. George Miller, D-Calif., was critical of the provision that gives Wal-Mart 15 days notice before the Labor Department investigates wage and hour accusations. He said it could give Wal-Mart the chance to sweep violations under the rug.

"I don't know if the Department of Labor threw in the towel or whether Wal-Mart put enough political pressure on them that they ended up with a sweetheart deal," Miller said, adding that he will ask the department's inspector general this week to review the agreement.

"I don't know if there's anything in Wal-Mart's background with regards to allegations of violations of labor laws that would make any suggestion Wal-Mart has earned the right for this kind of treatment," Miller said.

Wal-Mart has been the target of lawsuits accusing the company of bias against women and not paying employees for all the hours they worked. Wal-Mart has vigorously fought the court actions

Wal-Mart is the world's largest company as measured by sales. At all its stores, Wal-Mart sales reached $284.8 billion for the year ending Jan. 28.