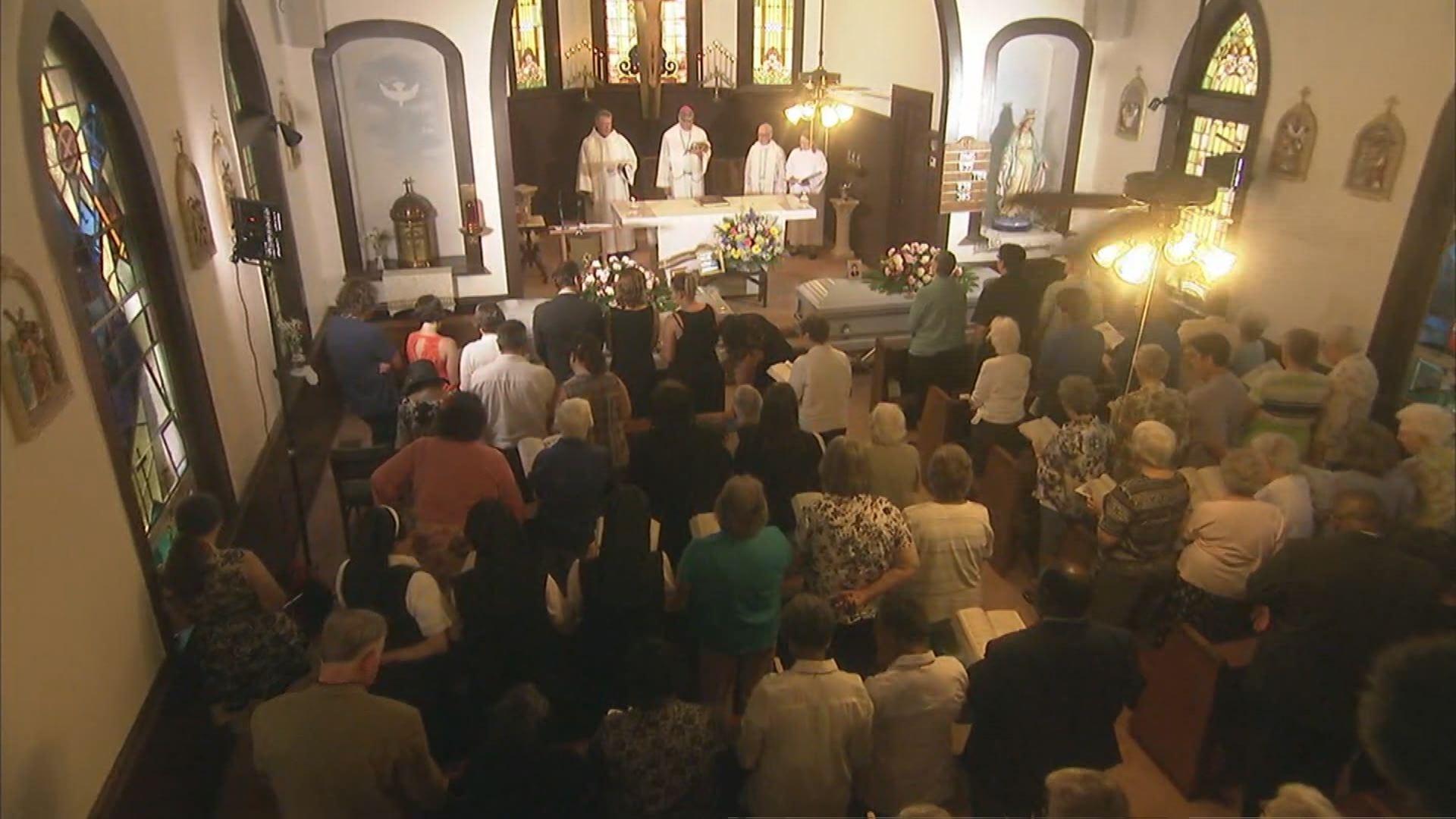 “They saw people that nobody would see because they didn’t have money. And it would come out their pockets,” said Jamie Sample, a fellow church member of the nuns.

The bodies of Sister Margaret Held and Sister Paula Merrill were discovered Thursday after they failed to show up for work at a clinic in Lexington, Mississippi, about 10 miles from where they lived. Authorities have not released a cause of death, but Rev. Greg Plata, sacramental minister at St. Thomas Catholic Church, said police told him they were stabbed.

The victims were well-known in the community and so many turned out for their wake that the small church needed to a tent outside to accommodate mourners.

“They did a lot for Holmes County, and everybody loved them. Every time you get some people that have done good and try to help, somebody takes it away,” said Helen White, who attended the wake.

Testimonies about Merrill and Held could be heard all around, as loved ones processed the loss.

Rodney Earl Sanders, 46, of Kosciusko, Mississippi, has been arrested and charged with capital murder in the case.