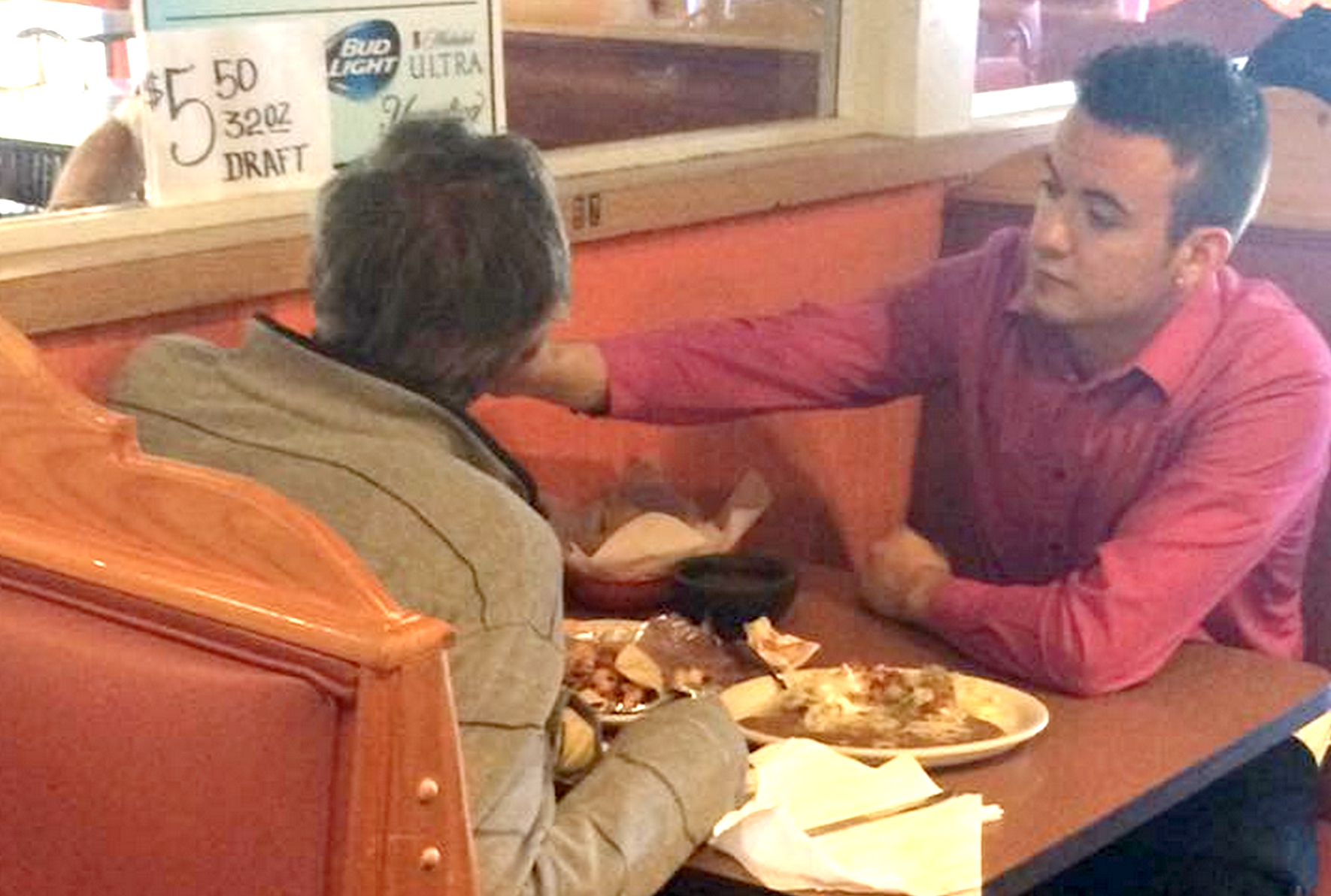 A "regular" at a Cinco De Mayo Mexican Grill was enjoying a leisurely Sunday meal when something out of the ordinary caught his eye.

Reginald Widener was sitting at the bar when he turned around to see a young waiter sitting across from a customer inside a booth nearby.

While closely examining the situation, Widener realized that the man didn't have hands, and 22-year-old server Alex Ruiz was helping him eat.

"He had a smile on his face the entire time," Widener told CBS News. "He didn't complain about it; it looked like he really cared."

The kind act blew his mind -- and he wasn't the only one.

Nearly everyone in the restaurant took a quick glance at the pair's interaction at some point.

Crystal Figueroa, a waitress at the Cinco De Mayo Mexican Grill in Douglasville, Georgia, said Ruiz offered to feed the man after overhearing him ask for help.

Over the course of the more than 30-minute meal, Ruiz didn't get up from the table once.

"[He] sat with him until he was finished eating," she explained. "He patiently waited for him to finish his meal."

Afterward, Ruiz told people who praised his actions that he only did what was right, and he's happy he did.

"Southern hospitality is real down here," Widener said. "People do kind things all the time that's above and beyond what normally happens."

This is just one example, Widener said.

But Widener felt compelled to share the story by posting a photo on Facebook, which has been shared nearly 200 times in less than 24 hours.

He wanted to put things into perspective for others.

"There's people who have a worse situation dealing with more [stuff] than you do day to day," Widener said. "The world needs more people to be positive."