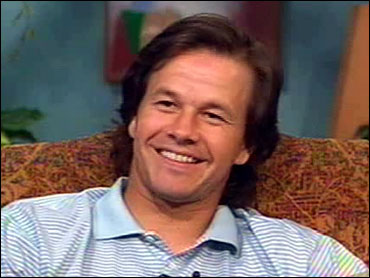 In the new film, "Four Brothers," Mark Wahlberg plays the oldest and toughest of multiracial adopted siblings who return home for their mother's funeral and seek to avenge her murder.

"The Mercer brothers are tough, street-smart guys," says Wahlberg. He visits The Early Show Friday to discuss his new film.

After their adoptive mother is murdered during a grocery store holdup, the Mercer brothers - hotheaded Bobby (Mark Wahlberg), ladies' man Angel (Tyrese Gibson), family man and businessman Jeremiah (André Benjamin), and hard rocking Jack (Garrett Hedlund) - reunite to take the matter of her death into their own hands.

Academy Award-nominated director John Singleton ("Boyz N the Hood"), who directs the film, says, "Even in lawless societies, there's a code - a set of rules that people live by. Wrongs still have to be made right. In our film, each of the Mercer brothers has gone his own way, but they all come back together to make right the wrong of their mother's death. What unites the brothers is the code instilled in them by their mother."

For Wahlberg, the character of Bobby Mercer is, in many ways, very close to his heart.

"I grew up in a very poor neighborhood, the youngest of nine kids and was constantly surrounded by family, mostly brothers," he says. "This feels very much like home to me; it feels like going back in time, except that now I'm the oldest, which I love - now I'm the boss. I'm making all the rules. I'm the one beating everyone else up!"

"Four Brothers" is being released by Paramount Pictures, which is owned by the same parent company as CBS.

Some Facts About Mark Wahlberg