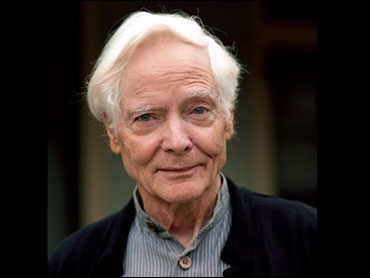 A writer who stopped using punctuation in the 1960s and spent much of the last 30 years secluded in Hawaii will become the nation's next chief poet.

The Library of Congress is announcing Thursday that William Stanley Merwin will become the 17th U.S. poet laureate this fall. He succeeds Kay Ryan, who has held the post since 2008.

Merwin was born in 1927, and the New York Times observed that there is, along with Merwin, "a bumper crop of poets born in 1926 or 1927 that included A. R. Ammons, James Merrill, Robert Creeley, Allen Ginsberg, Frank O'Hara, James Wright and John Ashbery."

The Times noted that an 18-year-old Merwin sought the advice of Ezra Pound, "who told him to write 75 lines every day." He studied poetry at Princeton University under John Berryman and the critic R.P. Blackmur, adding that "he has said that he used his initials because doing so seemed serious and adult, in the manner of T. S. Eliot and W. H. Auden."

The one-year appointment as poet laureate is meant to raise national appreciation of poetry. It comes with a $35,000 stipend and a $5,000 travel allowance.

Most of the work will be conducted from Merwin's home in Hawaii.