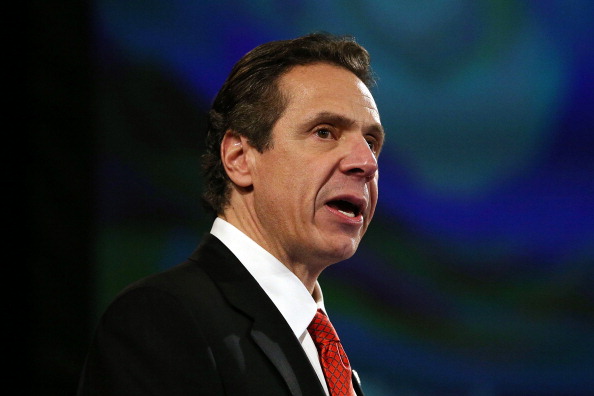 ALBANY, N.Y. -- Allegations that New York Gov. Andrew Cuomo's administration meddled with an anti-corruption commission are being met with a shrug from many voters, a reaction that appears unlikely to alter his odds of winning re-election by a large margin or dampen his White House ambitions.

In the absence of new revelations, Cuomo looks positioned to survive the greatest political crisis of his tenure as governor thus far with most, if not all, of his commanding advantage over his Republican challenger intact.

"The political storm is taking a toll, but he (Cuomo) has managed to keep the fallout at arm's length where his re-election is concerned," said Lee Miringoff, director of Marist's Institute for Public Opinion.

Cuomo has been dogged by questions about his handling of the anti-corruption panel he created last year and abruptly dismantled this spring. Last month, The New York Times reported that a top aide pressured the commission not to investigate groups with ties to the governor.

Larry Schwartz, the aide who fronted the administration's alleged efforts to shield its allies from an anticorruption probe, agreed to speak with Bharara, who has called the commission's dissolution "premature," having left multiple reviews of New York politicians in abeyance.

Schwartz is accused of urging members of the 25-member panel to steer clear of investigating entities with links to Cuomo. In one instance, he asked a commissioner to withdraw a subpoena issued to Buying Time, a media-purchasing firm that had done work for Cuomo's 2010 gubernatorial campaign. He also allegedly tried to guide the commission's investigations away from the Committee to Save New York, a lobbying group that raised some $17 million for TV ads early in Cuomo's term.

Yet 71 percent of poll respondents said they view the allegations as either a minor factor in their voting decision or no factor at all.

The reasons: The allegations hit during the summer, when most voters aren't paying attention to politics. And to a public inured to political shenanigans in Albany, the allegations concerning a little-known government commission may not inspire much outrage.

Compare the accusations to the New Jersey Gov. Chris Christie's bridge scandal, which was immediately relevant to anyone who has ever sat in traffic.

"People in general have a very low opinion of politicians, so when you have these ethics issues people will say, `Well, what do you expect?'" said Ester Fuchs, a political science professor at Columbia University and a former special adviser to former New York City Mayor Michael Bloomberg. "Are they worried at the Cuomo camp? Of course. There's a U.S. attorney going after them. But I would bet that Andrew Cuomo can figure out how to put this behind him."

Still, Cuomo's favorability rating slipped to its lowest point so far: 53 percent, down from 63 percent in March.

Astorino has attempted to capitalize on the issue. He said Tuesday that he expects the race to narrow as it moves toward November.

"I don't put a lot of stock in these polls," Astorino said during a radio interview. "We're not basing this campaign on polls because we're never going to be in the lead."

A spokesman for Cuomo declined to comment on the poll.

The telephone survey of 1,039 state residents, including 852 registered voters, was conducted July 28-31 and was sponsored by NBC 4 New York and The Wall Street Journal. It has a margin of error of plus or minus 3.4 percentage points.