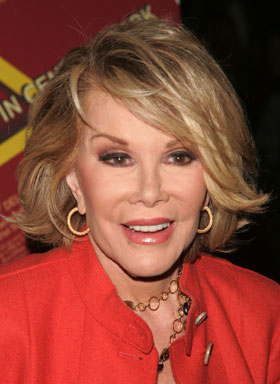 Many American voters are not convinced it makes a big difference who is elected president, are not paying close attention to the campaigns, and are not that worried about the nation's condition, a new voter survey says.

Fewer than half of voters polled say they have thought about the presidential race a lot, while almost as many said they had thought about it only a little. Eight years ago, about two-thirds were paying close attention to the campaign. That number has dropped steadily since then in polls conducted by the Pew Research Center for the People and the Press.

More than four in five voters said they learn about campaign news without looking for it. Only a handful, 15 percent, said they actually seek out political news.

Analysts say George W. Bush could benefit from this kind of climate. His base voters are more enthusiastic, he is viewed as personally likable and he is working to blur distinctions between himself and Al Gore.

It could be tougher for the vice president, who believes he holds the upper hand on top issues. Analyst Stephen Hess suggested that vice presidents do not always get credit for a nation's good times, and polls indicate Bush and Gore are seen about equally capable on the economy.

"To the extent people believe there are no important differences between Bush and Gore and see only small stakes in the outcome of the election, then Bush has the advantage," said Tom Mann, a political analyst at the Brookings Institution, who reviewed the poll on voters' mood.

"This is based on what people see now as Bush's more attractive personal style, and a natural desire for some change after eight years," he said.

Gore is working to convince voters there are significant issue differences between the two candidates. But it is tough getting their attention.

"This slate of candidates, combined with the times have put (voters) into a pleasant sleep," said Andrew Kohut, director of the Pew Research Center for the People and the Press, which conducted the poll in mid-June. "This has been a front-loaded campaign. This may reflect that."

Bush was generally perceived more positively on personal qualities in this and other polls. Gore was favored on several issues that are near the top of voters' concerns: health care, Social Security, strengthening families and Medicare. The two candidates are close on issues like taxes, education, gun control and the economy.

The number of people who say it does not make much difference who is elected president has grown significantly in eight years, from 18 percent to 30 percent. Four in 10 young adults say it makes no difference.

"The people who say it doesn't matter who gets elected are the ones who know nothing about the candidates," Mann said, noting the heavy voter involvement of older adults who came of age during Franklin Roosevelt's time. "I pine for the passing of the FDR generation, the civic genration. They are passing out of the electorate."

American voters are also ambivalent on whether they want change or continuity. Bush plays on that when he offers a change in leadership while emphasizing many issues Democrats often make a top priority, such as education and Social Security.

Four in 10 in the poll said they want to continue policies that have led to improved conditions, while almost half said they want changes in national policy to solve the remaining problems. The poll of 1,673 registered voters was taken June 14-21 and had an error margin of plus or minus 3 percentage points.

Polls of registered voters, including this survey, show the race is close and analysts say public opinion is still fluid. Mann predicted voters will likely show more interest in the election as the campaign moves toward the upcoming political conventions and the debate.

"My view is that Americans are inherently apolitical and disinterested and that what campaigns are about is helping them find their way to their natural vote," Mann said. "The conventions and the debates are crucial in bringing that about."