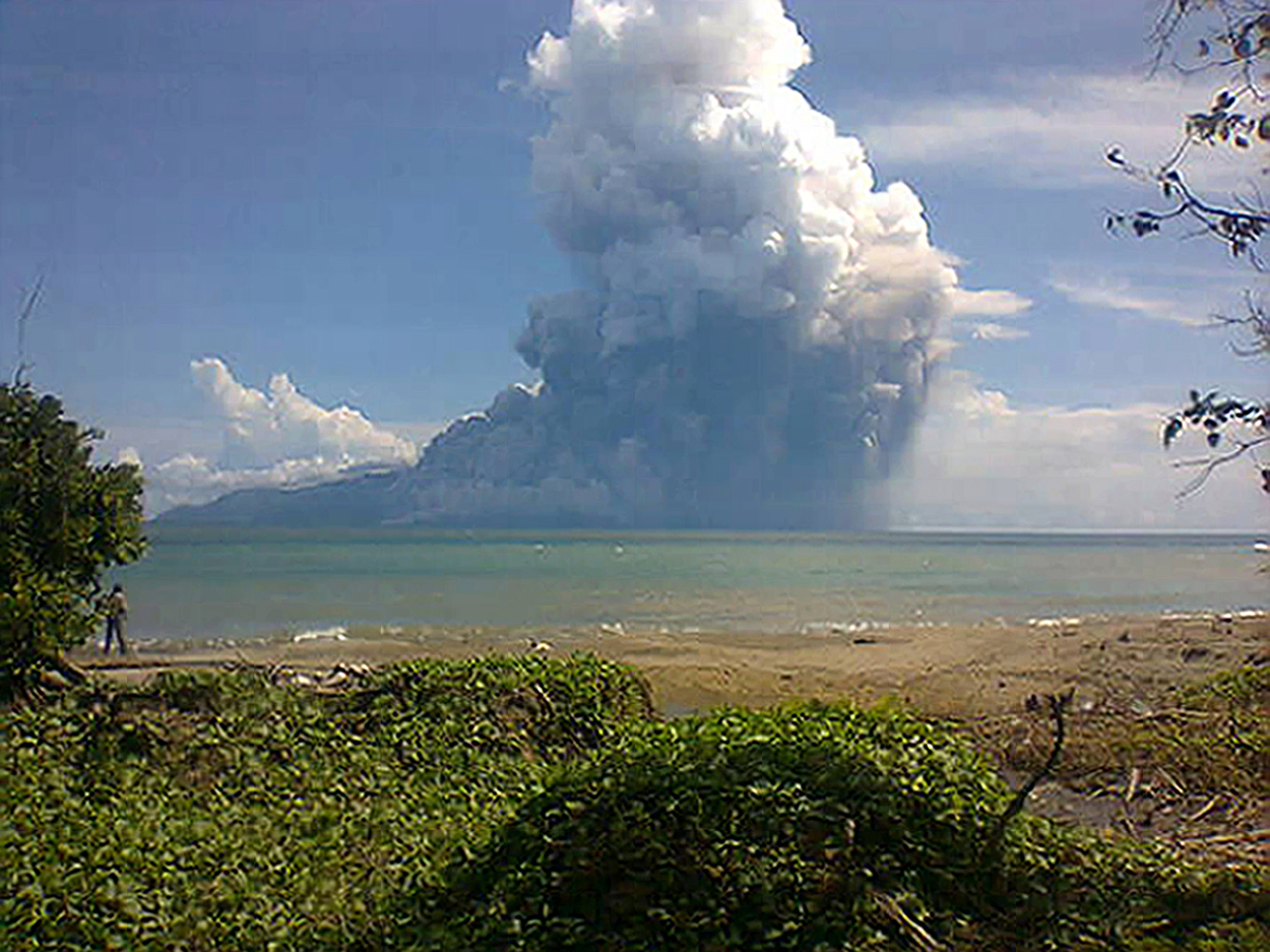 MAUMERE, Indonesia Hot lava from an erupting volcano killed six people sleeping in a beach village on a small island in eastern Indonesia on Saturday, after ash and smoke from the volcano shot about a mile into the air, officials said.

Mount Rokatenda in East Nusa Tenggara province erupted early Saturday morning, and nearly 3,000 people have been evacuated from the area on Palue island, according to the National Disaster Mitigation Agency. The volcano has been rumbling since last October.

The victims who died included three adults and two children, said agency spokesman Sutopo Purwo Nugroho, adding that the age of the sixth person killed was unclear. He said that the adults' bodies were recovered from Ponge beach in Rokirole village, but that the children's remains had not been found.

Video footage on Indonesia's TVOne showed giant plumes of white and gray smoke and ash belching from the volcano into a sunny blue sky. Prior to Saturday's eruption, many residents had already been moved to safer areas.

The disaster agency said the volcano spewed ash and smoke about 1.2 miles into the air.

The eruption lasted about seven minutes, said Frans Wangge, who heads the volcano's monitoring post. He said the hot lava burned trees around the beach and villages, and made it difficult to reach the area where the victims were killed.

Domi Dange, a Catholic priest helping those who fled to the district town of Maumere on nearby Flores island, said some residents, who had refused to leave when the area was earlier cleared, were sleeping under tents near the beach. However, details about the six people who were killed and where they were located at the time of the eruption remained unclear.

Local authorities, including police and army officials along with members of a search and rescue agency, were heading to tiny Palue island to help with evacuations.

"We will see the best steps to be taken, but clearly they have to be evacuated," said Yoseph Ansar Rara, chief of Sikka District, which oversees the island. He said those already evacuated had agreed to be relocated to Flores island.

Mount Rokatenda is one of about 129 active volcanoes in Indonesia, an archipelago of more than 17,000 islands that's home to some 240 million people. The country is prone to earthquakes and volcanic activity because it sits along the Pacific "Ring of Fire," a horseshoe-shaped series of fault lines.