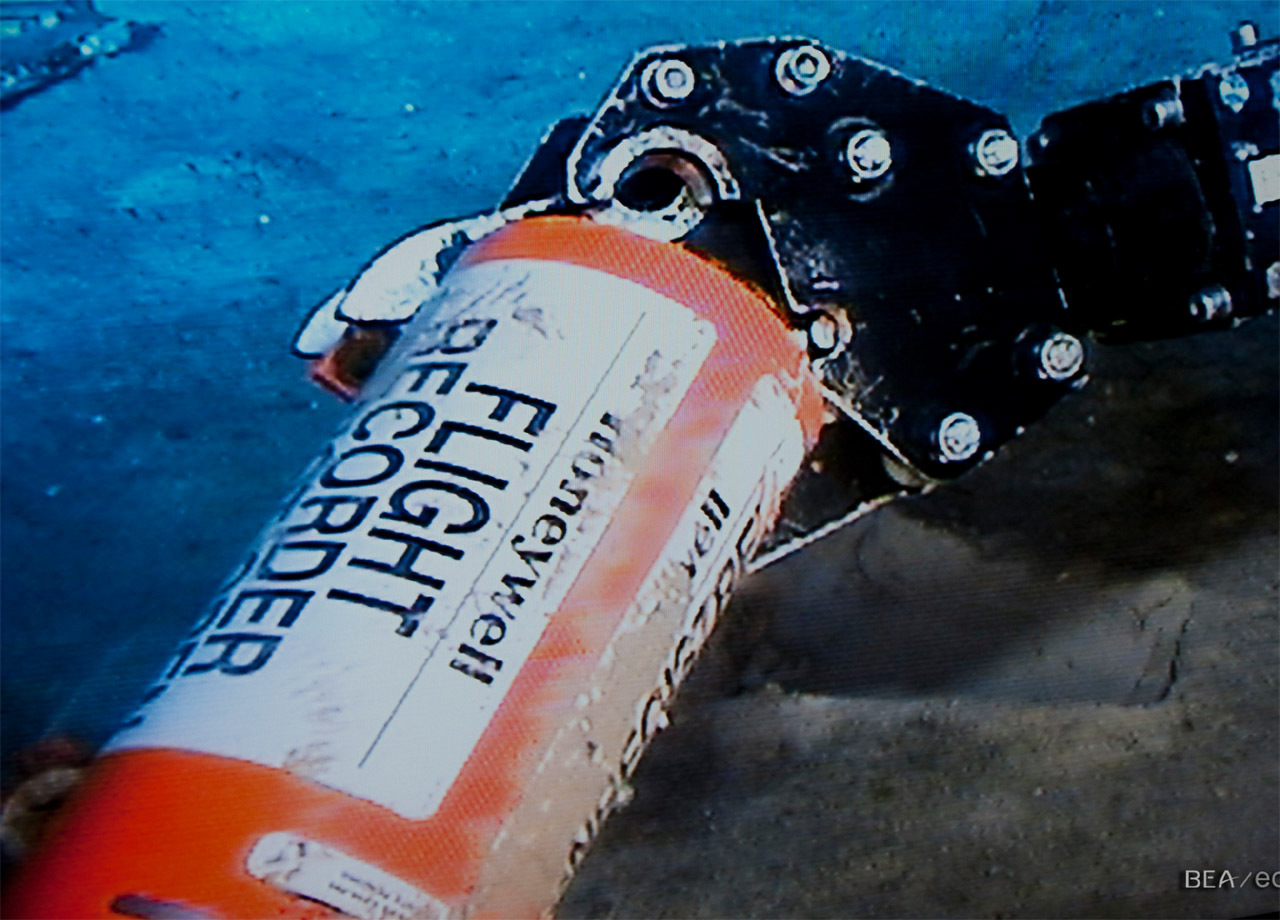 PARIS - French investigators have found and recovered the cockpit voice recorder from a 2009 Air France flight that plunged into the Atlantic Ocean, killing all 228 on board, the agency that probes air accidents said Tuesday.

The machine that records cockpit conversations was located on Monday and raised from the ocean depths on Tuesday, a statement by the agency said.

The plane's flight data recorder was recovered on Sunday, meaning both pieces critical in helping to determine the cause of the crash have now been found. The memory unit was found by a submarine probing 12,800 feet below the ocean's surface.

The condition of the instruments was not immediately clear.

Like the memory unit, the cockpit voice recorder was lifted onto the Ile de Sein, a ship helping to conduct the probe, the statement from the BEA agency said.

Investigators hope the discoveries will allow them to determine what caused the June 1, 2009, crash of Flight 447 from Rio de Janeiro, Brazil, to Paris. The aircraft slammed into the Atlantic northeast of Brazil after running into an intense high-altitude thunderstorm.

Above: Investigators place wax seals on a plastic box containing the cockpit voice recorder from Air France flight 447 before it is transported for investigation.