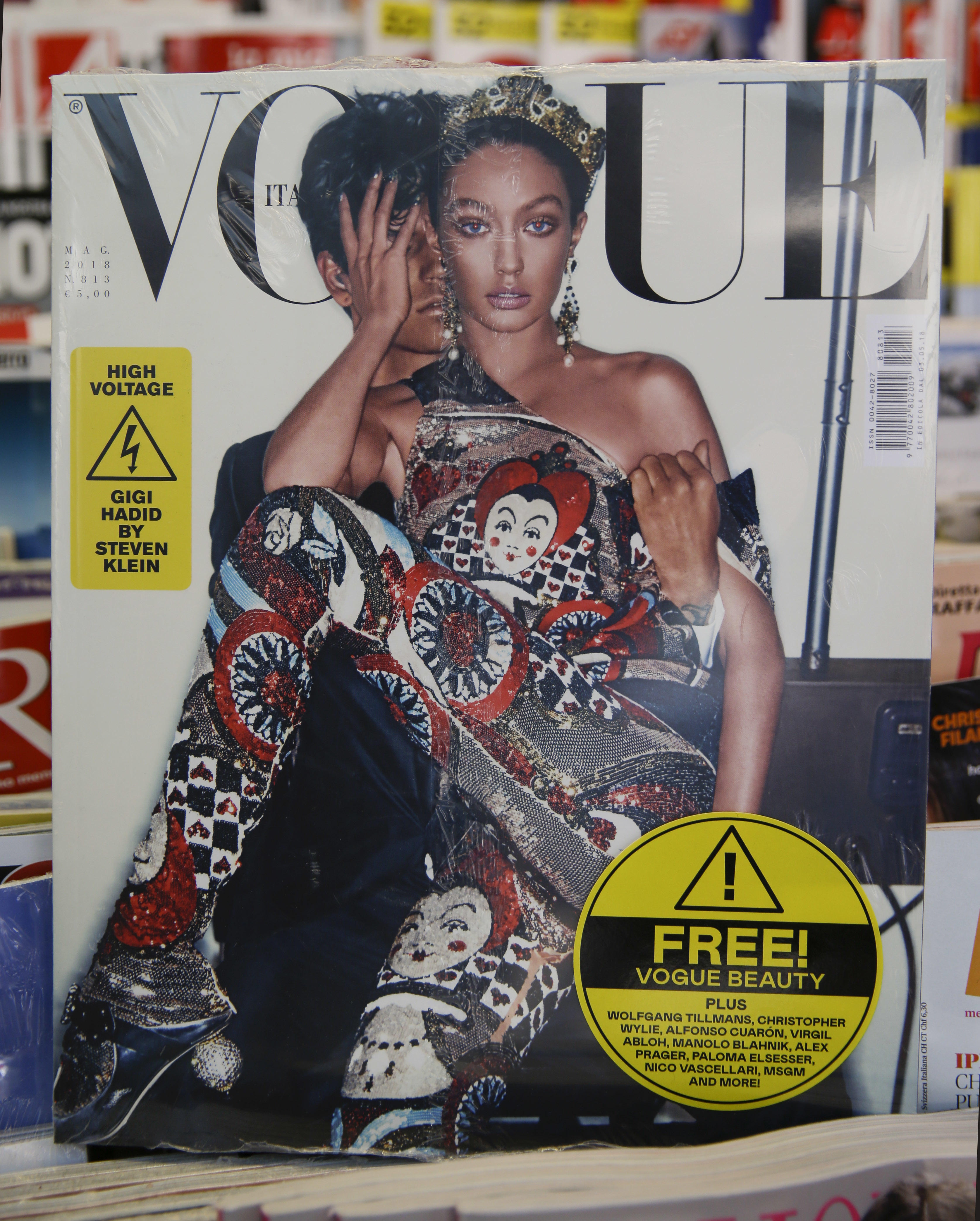 Gigi Hadid and Vogue Italia have apologized after the magazine's cover featured the model with a darkened skin tone. The exaggerated bronzing sparked a backlash on social media, with users pointing out the lack of diversity in fashion.

Hadid said sorry, but qualified her apology by saying she had nothing to do with the execution of the photo shoot. She wrote on social media, "Please understand that my control of a shoot 1. is non existent in terms of creative direction 2. ends completely when I leave set, and anything done to a photo in post is out of my control fully." She also posted a photo of herself coming home from the shoot that day to show that in real life, she had not worn particularly bronze makeup, implying that the darkening happened in post-production.

The cover photo shows Hadid with dark hair, rather than her usual blonde highlights, and skin several shades darker than her own. She wears a crown and a sequined outfit. The picture was shot by Steven Klein.

Hadid said that her "intention is never to diminish those concerns or take opportunities away from anyone else." She also said the shoot was "not executed correctly" and said she understands why people were upset. She added that "things would have been different" if she had had full control of the finished product.

Some social media commenters compared Hadid's cover to 19th century blackface minstrels, and also said that former Vogue Italia editor Franca Sozzani, who died in 2016, promoted diversity and would not have allowed the cover to go to print.

Vogue Italia said, "We sincerely apologize if we have caused any offense." They appeared to assign blame to their photographer, saying they have always respected the creative visions of their photographers, and added that Klein wanted to shoot a "beachwear-themed story with a stylized bronzing effect."