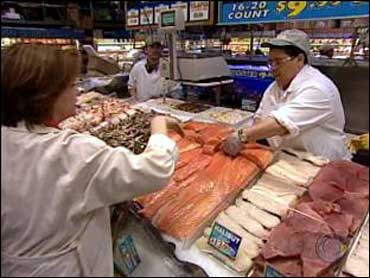 Researchers found that Vitamin D can dramatically lower the risk of developing common types of cancers. In fact, they say taking the right amount of Vitamin D can cut the chances of getting breast, ovarian, even colon cancer in half, reports CBS News correspondent Sharyn Alfonsi.

But could it really be that simple? Could enough Vitamin D -- found in things like milk, eggs, salmon and sunlight -- really protect you from Cancer?

Researchers who reviewed 63 studies say "yes." They found taking large amounts of Vitamin D could lower cancer risk by as much as 50 percent. The findings will be posted in the February 2006 edition of the American Journal of Public Health.

Researchers say you need about 1,000 "international units." There's only 100 units in an 8-ounce glass of milk. So you need about 10 glasses of milk to meet their requirement.

"I think Vitamin D is a component of a healthy diet that will have potential benefit," Fishman says. "I wish it was as simple as saying 'If you take Vitamin D, cancer will be cured.' I don't think it's that simple."

Alfonsi adds that doctors advise a daily allowance of Vitamin D: a bit of sunshine, some milk, a salmon dinner. But, downing a gallon of milk is not going to stop you from getting cancer.