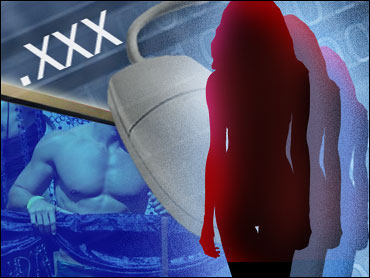 As convenient as the drive-up window at your favorite fast-food restaurant, online sex requires little effort short of booting up and logging on. With its easy access comes an increasing number of people who are banging away at their computers for some electronic satisfaction.

A survey of Canadian college students found that 87 percent of more than 2,500 respondents 'fessed up to technology-assisted sex via tools like instant message, Web cams, and text message.

But what does the online sexual revolution have to say about the future of intimacy, relationships, communication, and honesty? Experts provide cyber perspective to those seeking sex in cyberspace.

Noah Gurza is one of the founders of CampusKiss.com, Canada's largest online dating community for university and college students. He posted a survey on the Internet, with 2,684 students from more than 150 universities and colleges in Canada responding.

"Primarily it was an opportunity to gauge the views of students nationwide on their views on sex, their sex lives, practices, and desires," Gurza tells WebMD.

He posed questions like, how many times a week do you have sex? Do you practice monogamy? And the heavy hitter, do you have virtual sex?

"We were expecting a high number of students to respond to this question as having engaged in virtual sex," Gurza says. "A number approximating around 50 percent was our expected guess. We knew it would be high, given that students were filling this survey anonymously and as such would feel comfortable being truthful about their sexual habits."

Gurza was surprised to find 50 percent wasn't even close.

"Eighty-seven percent having had virtual sex was astonishing to us, but upon reflection it is very much a testament to the demographic we are dealing with," says Gurza, of the 18- to 22-year-olds who responded to the survey -- many of whom grew up in an online world. "Given the Net has infused many aspects of their lives, it is only fitting that this would be extended to social elements of their interaction and by proxy to the sexual dimensions of their lives."

Email, instant messaging, the ever-handy text message via cell phone, Web cam, chat rooms, and the tried-and-true telephone -- all the technologies of choice for those looking for cyber pleasure.

With a new generation well-versed in the language of high-tech love, what about those who think of an online world as foreign? And what does virtual sex have to say about the real deal? Is old-fashioned hanky panky a thing of the past? And intimacy and honesty -- too much of a hassle?

"Virtual sex infiltrated the culture about five years ago when it wasn't just the techies anymore -- it was anyone who was interested in this type of sexual stimulation," says Louanne Cole Weston, Ph.D., a board-certified sex therapist in Fair Oaks, Calif. "The average person could participate without having to be technologically fluent."

For the "average person," explains Weston, online sex offers a new option to an act as old as humans.

"This provides a good option to people who are not as sexually desirable because of their physical appearance," says Weston. "Now, people who were disenfranchised by virtue of their appearance have an outlet to be sexually active in a nondiscriminating marketplace."

Weston explains that single parents who don't have enough time on their hands or widows who are reconnecting with new people are other good examples of those who might benefit from virtual sex -- beyond college students.
While this new wave of sex is a solo act, in some cases, it can encourage communication between partners. In others, not so much.

"There are instances in which virtual sex is helpful because some people work up the courage to speak to their mate about something that arouses them that they found online, that they have not been able to talk about before," says Weston. "Sometimes, though, the virtual sex draws a person away from their partner. Sometimes it can promote secretness and deception. While the former does happen, it's the latter that probably happens more often."

For those who meet in the online world -- something that is as commonplace today as meeting in a smoky bar -- maybe virtual sex provides an opportunity to open doors that were previously closed.

"Just like any other form of human communication, sexual communication is evolving," says Gurza. "People communicate their sexual desires quite freely via virtual sex, which might not be the case in real -- time sexual connections. Many virtual connections are just precursors for the real thing and as such, this initial openness might lead to increased openness when the sexual deed occurs -- this is a good thing."

It's easy to access, you can do it in the privacy of your own home, it's free (or at least cheap), and you can do it as often as you want -- morning, noon, and night. But is there such a thing as too much virtual sex?

"A lot of people are engaging in Internet sex," says Jenn Berman, Ph.D., a psychologist in private practice in Los Angeles who specializes in family and marriage counseling. "But for people who are doing it regularly or are substituting their intimate relationships for online sex, we're talking about people who have intimacy issues."

By consistently choosing a computer over the real deal -- whether it's for sex or for human interaction in general -- one can sense the problems that might arise.

"When you are using a long-distance method to achieve sexual intimacy with a stranger who you never get to know, you are not achieving true intimacy," says Berman. "And if you are using that on a regular basis, it's preventing you from getting sexual and emotional intimacy in your life. Anytime you prefer to have online sex to actual human company -- a friend calls you up and asks you to dinner and you choose not to go because you'd rather engage in online sex -- that's when you're headed for trouble."

And then, of course, comes the question that's as old as the Internet -- is online sex cheating?

"When one person in a marriage is going to the Internet to get sex, it erodes the intimacy in the marriage," says Berman.

Does it also erode a person's sense of faithfulness?

For some, engaging in high-tech-relationship treason is just as unforgivable as the real thing. For others, maybe it can be overlooked.

"Whether any orgasm-seeking behavior outside the relationship constitutes cheating is up to a couple," says Weston. "And so each relationship defines it on their own terms. Some would say virtual sex is sexually arousing, so it is a failure to keep the agreement. Others would say if there isn't any physical contact, it's all fantasy and it doesn't bother me."

The Internet is here to stay, and with it comes a new sexual era.

"One can almost say that there has been a technological sexual revolution," says Gurza. "With every new advent in technology, virtual sex evolves. With the increasing bandwidth and cheapness of procuring oneself with a Web cam, it has added the dimension of video, which fundamentally alters virtual sex. In the past it was either completely auditory or written-word based."

Cell phones offer another choice to the world of virtual sex, adding a different dimension to "can you hear me now?"

"Cell phone text sex is also changing the rules, as it makes it transportable, and can be done from anywhere, not having to be confined in front of a desktop," Gurza tells WebMD. "It makes it much more immediate and getting down to the point, as text messaging is all concise communication."

As the technology evolves and continues to expand into our lives, so will the opportunity for virtual sex. The line between the virtual world and the real world, however, is drawn clearly in the sand.

"Virtual sex can be a great means of pleasuring, and a great precursor or additive to an already healthy person's sex life," says Gurza. "It is hoped however, that it will not replace or negatively affect an individual's propensity for real, sensory sexual pleasure."