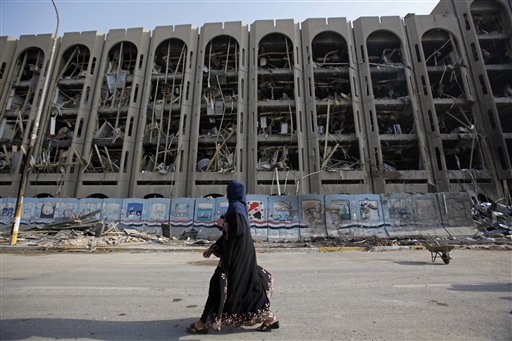 Anti-war protesters traded marching shoes for phones, fax machines and computers Wednesday as part of a "virtual march" on the nation's capital.

Senators, regardless of their position on a war with Iraq, were barraged with calls, as was the White House. Outside calls to Democratic and Republican Senate offices could not be completed because of busy circuits.

"We will let our fingers do the marching and demand that our voices be heard," said Tom Andrews, the national director for Win Without War, the group that organized the protest.

Andrews said about 400,000 people had registered through the group's Web site for the call-in campaign.

"Well over 1 million phone calls were made in just eight hours by people from every state in the country" on Wednesday, he said. "Every senator's office and the White House switchboard received at least two and often more calls per minute."

White House spokeswoman Ashley Snee said the switchboard received "a lot of calls" Wednesday, though she didn't have figures. Asked how the White House viewed the calls, she said: "It's a useful tool for people to express their views, but it's not objective or scientific or a way to measure public sentiments."

The office of Sen. Dick Durbin, D-Ill., received more than 800 calls in a nearly four-hour span Wednesday morning, about twice the number of calls it usually receives. Durbin has opposed unilateral action in Iraq.

Durbin's spokesman Joe Shoemaker also said his office had received 18,000 e-mails since Tuesday afternoon, more than five times the number it typically gets.

"A passionate, coordinated effort from citizens speaking out on an issue dear to their hearts can be quite moving," Durbin said in a written statement. But he added, "If the goal is to tie up Congressional phone lines and shut down the Capitol switchboard, there are better ways to get the point across."

The office of Sen. Peter Fitzgerald, R-Ill., took more than 100 calls an hour from people on both sides of the issue, said Fitzgerald's spokesman, Brian Stoller.

Fitzgerald agrees with Secretary of State Colin Powell that military force must be a last resort, though "it must be a resort if, as it appears, all our other efforts to compel Iraqi disarmament prove fruitless," Stoller said.

An aide to Sen. Dianne Feinstein, D-Calif., said her office was also flooded with calls, and some people were unable to get through. Feinstein voted to authorize the president to use military force to disarm Iraq if necessary but wants inspections to continue.

"No one expressed annoyance," said Andrews, a former Democratic congressman from Maine. His group sent Senate staffers gift baskets for handling the increased calls and faxes.

Though the White House was also targeted by protesters, Andrews said many callers could not get through because the switchboard was clogged. House members were not targeted in Wednesday's virtual protest.

"Nothing I understand about Jesus Christ leads me to believe that support of war and violence are necessary or tolerable actions for Christian people," said Jim Winkler of the United Methodist Church.

Winkler was among several church leaders from France, Germany, Scotland and the United States participating in a prayer service and briefing organized by the National Council of Churches.

Some of the participants have already met with German Chancellor Gerhard Schroder and British Prime Minister Tony Blair to voice their opposition to war. Other church leaders met with Pope John Paul II Wednesday. A meeting with President Vladimir Putin of Russia is scheduled for next week.