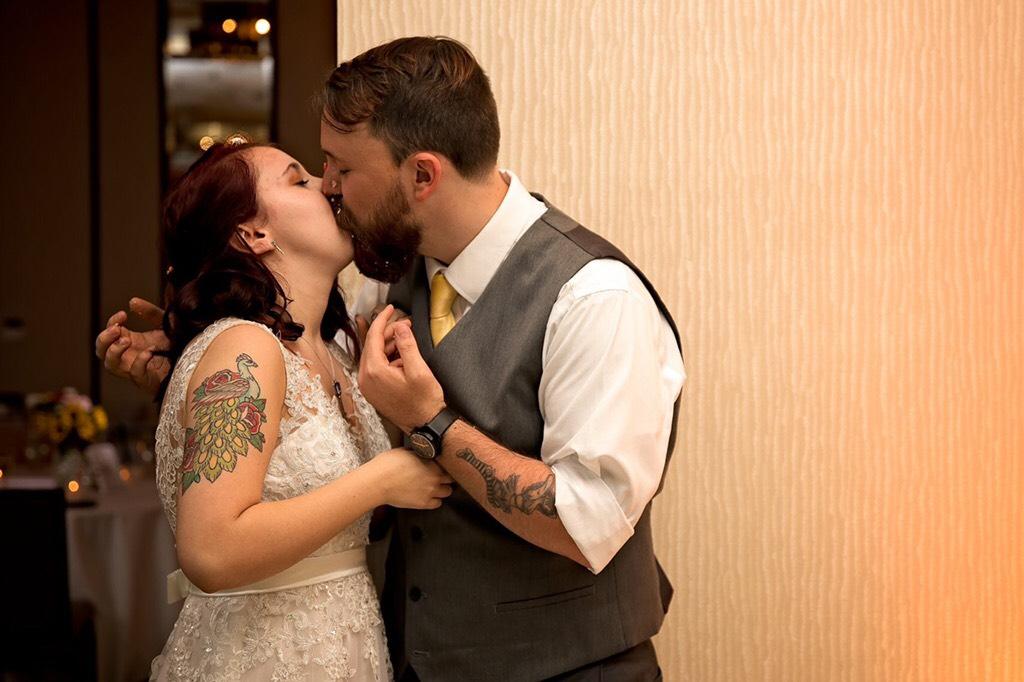 Most wedding crashers will mooch a couple glasses of wine and maybe an appetizer. But one woman took much more from a Virginia couple.

Newlyweds Rusty and Auttumn Waddell were enjoying their wedding May 6 at the Hilton Garden Inn in Virginia Beach when the bride's mother noticed an unfamiliar face. Rusty told CBS affiliate WTKR-TV that Auttumn's mother initially thought the woman was  a guest, as the wedding was not formal.

Eventually the bride's mother thought something was up, so she took a photo of the woman standing in front of the gift table. Guests at the wedding told the hotel staff and the police were notified, but the crasher escaped.

And she didn't leave empty handed. The woman stole gift envelopes, meant to be presents for the happy couple.

"It's pretty wild on a person-to-person level," Rusty told WTKR. "I don't understand how you could do that, especially at a wedding."

He explained that the couple doesn't know which gifts were taken, as they hadn't opened the envelopes. The newlyweds are now reaching out to guests to ask what presents they brought to the wedding.

"I think embarrassing is the word I would use," Rusty said of the process.

The groom explained that the wedding crasher didn't just steal gifts, but also darkened memories from what is normally one of the happiest days of a couple's life.

"We'll of course have the good memories from the party and hanging out with our friends and all that," said Waddell, "but it's all going to lead down to the end of the night having to think back to the end of the wedding and someone stealing from us."