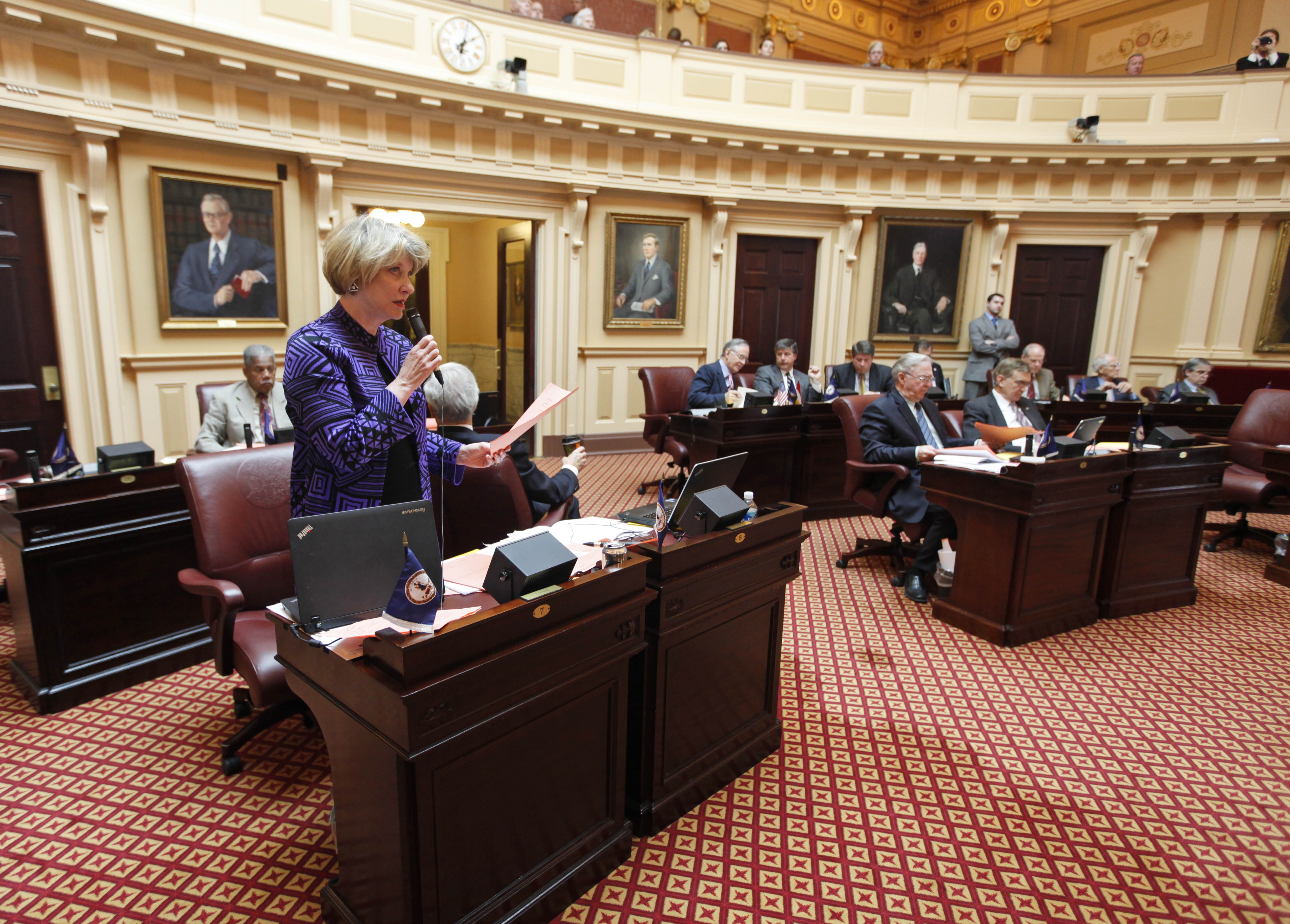 The Virginia state Senate on Tuesday narrowly approved legislation requiring women to undergo a transabdominal ultrasound prior to having an abortion.

The legislation passed 21-19, mostly along party lines, and comes after the state's Republican governor asked for a change to an earlier effort to require transvaginal ultrasounds that was roundly criticized.

Two Democrats, Charles Cogan and Phillip Puckett, joined most Republicans in supporting the modified proposal, which Gov. Bob McDonnell is expected to sign. One Republican, state Senator John Watkins, voted against it.

The bill sparked national debate last week over a provision that would have required many women to undergo transvaginal ultrasounds, which opponents decry as medically unnecessary and physically invasive. After McDonnell requested that mandate be stripped, the Virginia House of Delegates passed a revised version that allows women to "reject" the recommendation of a transvaginal ultrasound.

Virginia Democrats and women's health advocates continue to decry the measure despite the changes, arguing that ultrasound mandates in general are politically motivated and aimed at whittling away abortion rights.

"Tens of thousands of Virginian's have made their voices heard on this intrusive government mandate that forces a woman to have a medical procedure without her consent," said Delegate Charniele Herring, House Democratic Whip and Chair of the Reproductive Health Caucus, said in a statement.

She added: "Playing politics with women's health and women's rights is abhorrent. Conducting a war on women to move forward an extremist agenda and pacify a far-right base is the reason the conversation about Virginia has moved from talking about being the best place to do business and raise a child to a conversation full of late-night jokes."

The Democratic Party of Virginia added its voice to the opposition, blasting the bill as "humiliating" and an embarrassment to Virginians; the women's health organization NARAL Pro-Choice Virginia called it "an unprecedented invasion into the living rooms and doctors' offices of Virginia women and clearly interferes with the doctor-patient relationship."

McDonnell last week said he called for amendments to the bill because advisers had warned him it could be legally problematic, but emphasized his continued support for the concept.

"I got legal advice from various people, including my attorney general, that these kinds of mandatory invasive requirements might run afoul of Fourth Amendment law," McDonnell said in a Politico panel on Friday. "Those were the reasons."