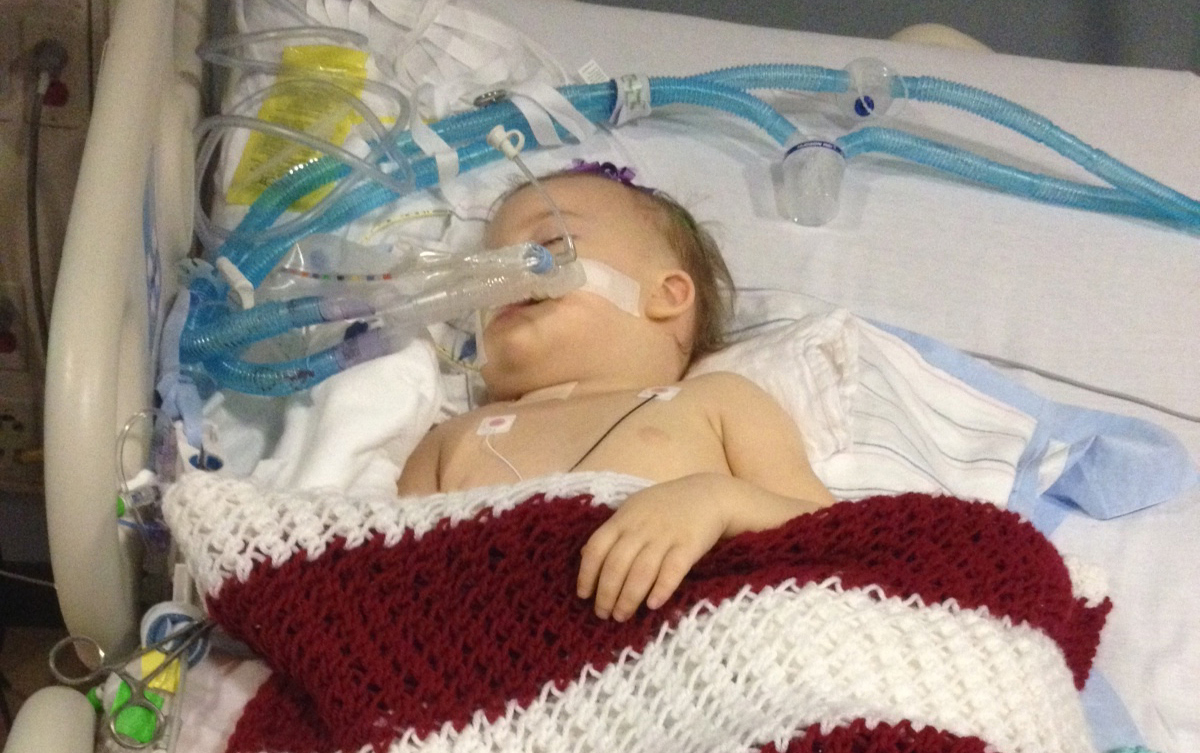 RICHMOND, Va. -- The pendant around Patrick Lawson's neck reads "all things are possible." That's the hope that has kept him going since his 2-year-old daughter was placed on life support after choking on a popcorn kernel in May.

Doctors at a Virginia hospital say they're certain Mirranda Grace Lawson won't recover, and they want to perform a test they believe will confirm she's brain dead. The hospital and experts say the test is harmless. But Lawson and his wife have refused, saying they worry the test will harm the girl. They believe she'll open her big blue eyes again one day.

"We feel that God has told us that it's his will that she is going to awaken," Patrick Lawson said. "She has something to do in this world."

Before May 11, Mirranda Lawson was an outgoing, bubbly toddler with a smile that stopped passers-by, Patrick Lawson said. On his wife's birthday, Patrick Lawson took a day off from work to spend time with his family at their home on a small farm in Fauquier County. The toddler somehow got her hand in a bag of popcorn they were eating and choked, he said. The kernel obstructed her airway and she went into cardiac arrest. Her father performed CPR until paramedics arrived and intubated the child.

After doctors with the Virginia Commonwealth University Health System informed the Lawsons that Mirranda was likely brain dead, the family went to court to block the hospital from conducting the so-called apnea test. It involves taking the toddler off the ventilator briefly to see if her brain tries to tell the body to breathe on its own.

In a handwritten note to doctors, the Lawsons expressed opposition to the test. They cited their Christian faith and said removing her from life support would be "murder."

The Richmond Circuit Court ruled against the Lawsons last month, but allowed them to pay a $30,000 bond barring the hospital from conducting the test while the family appeals to the Virginia Supreme Court.

"Having one of the PICU beds and all the human resources that entails, occupied by Mirranda, who has likely been dead for weeks, jeopardizes the care of critically ill children that VCU Health System is being forced to turn away," a health system attorney wrote.

Such cases are exceedingly rare, said Arthur Caplan, of the division of medical ethics at New York University's School of Medicine. But legal fights over children on life support have erupted in other states as far off as California.

"You'd have chaos if doctors were asking permission to do every test relative to the determination of death," he said.

VCU doctors say the ventilator and medicines are the only things keeping Mirranda Lawson's heart and lungs functioning. One of the girl's doctors said in court that it would be "astounding" if she were able to breathe without the machine. The hospital says in court documents that "all clinical tests conducted on Mirranda have been consistent with brain death." The hospital also says that Virginia law indicates doctors could conclude the girl is brain dead without further testing, but that it is complying with national guidelines by pursuing the apnea test "to give the parents absolute confirmation."

But Patrick Lawson said he believes Mirranda is improving. He said her heart rate and blood pressure respond to her favorite music and her family's voices, but the hospital said it can't disclose any details about that because of privacy laws. They want her doctors to give her a portable ventilator and feeding tube so she can be transferred to another hospital or cared for at home.

"Why not see what can happen?" said Alexandra Snyder, executive director of the Life Legal Defense Foundation, a California-based group assisting the Lawsons' attorney.

Throughout the apnea test, Mirranda would continue to receive oxygen and be put back on the ventilator at the first sign of any brain stem activity, VCU Health System said in court filings.

David Magnus, of the Stanford Center for Biomedical Ethics, said temporarily taking the child off the ventilator to perform the test shouldn't cause any problems.

"It's hard to see what grounds the family would have to object unless they simply don't want to hear the bad news that their loved one has passed away," Magnus said.

A VCU spokesman said other agencies and hospitals have reviewed Mirranda's case and either couldn't support her intensive care needs or said they wouldn't do anything different than what's being done.

"This is a difficult situation," spokesman Michael Porter said in an email. "Mirranda's medical team and everyone involved want the best for Mirranda and her family."

Patrick Lawson says he just wants to give his daughter more time.

"She was always very strong and determined," he said. "She's proving them all wrong."