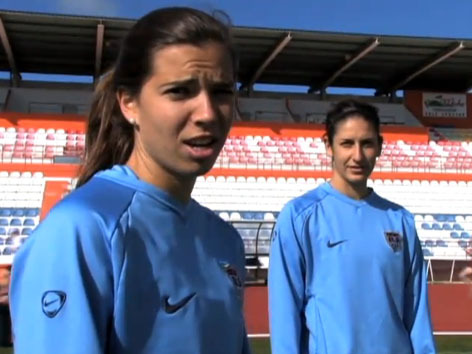 (CBS) - I think I can now officially say that "trick shot" viral videos are a trend we're seeing in 2011. We posted last week about Monmouth College quarterback Alex Tanney's video, and the week prior about UNC-Asheville goalkeeper Lassi Hurskainen and UConn quarterback Johnny "Mac" Mcentee.

Now, some female soccer players are getting into the trick shot business.

U.S. Soccer players Tobin Heath and Yael Averbuch compete against each other in an amazing display of talent and finesse at the Municipal Stadium in Albufeira, Portugal, trying to outdo each other in a series of challenges.

I won't spoil who wins the competition, but am curious to see if one or both of them might challenge Tanney, Hurskainen or Mcentee in a "trick shot showdown" video at some point.