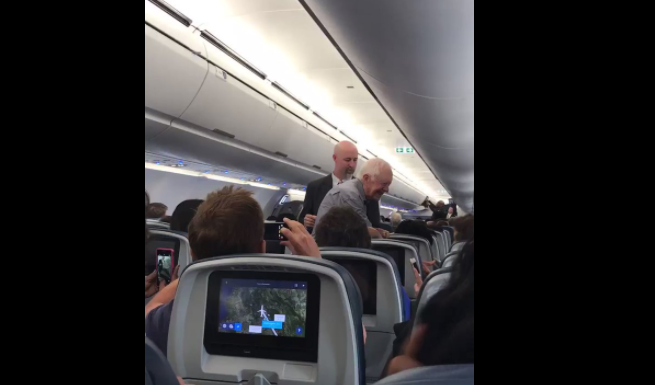 ATLANTA - Former President Jimmy Carter took time to shake the hand of every passenger aboard a recent commercial flight traveling from Atlanta to Washington.

James Parker Sheffield was aboard the flight on Thursday and tweeted video of the smiling 92-year-old walking down the aisle and shaking hands with everyone aboard.

The context of Sheffield's tweet read: "Jimmy Carter is on my plane to DC from ATL and just shook every hand of every passenger. #swoon #atl #delta"

"It's hard to put into words what a nice reprieve from the current political theater this moment was," Sheffield said. "His enthusiasm was authentic and humble, in a way that made things feel less heavy for a moment."

Carter spokeswoman Deanna Congileo tells The Associated Press that Carter has shaken hands with travelers on planes for decades since leaving office and "enjoys it." He was flying to Washington ahead of Friday's funeral for his former national security adviser Zbigniew Brzezinski.

Sheffield was leaving home to travel to Transgender Lobby Day at Capitol Hill.