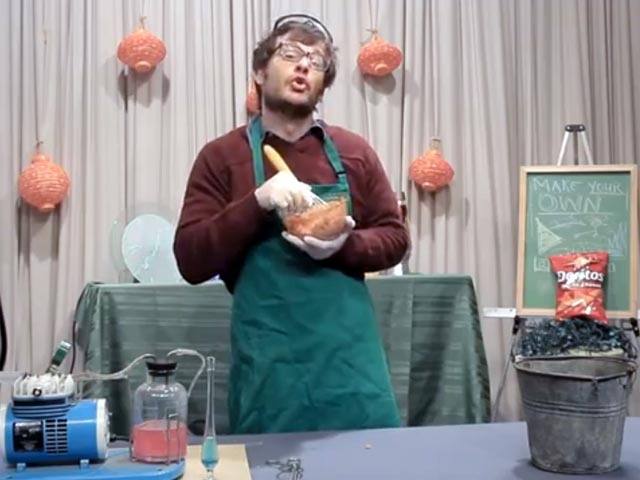 (CBS) - Junk food is mysterious: everyone knows what it tastes like, but no one knows what it's made of. Salt, sure. But what else? What if I told you the secret ingredient in Doritos was the tears of a unicorn? You'd probably think that's ridiculous. And then you would watch this video explaining how Doritos are actually made and it would all make sense.

The video - part of Doritos' viral marketing campaign to showcase one fan-made commercial during the Super Bowl - comes from Austin filmmaker David Ward, and stars Byron Brown. Other than his crippling inability to create anything other than solid gold, he seems like a likeable guy. But can you really trust someone who would make a unicorn cry?