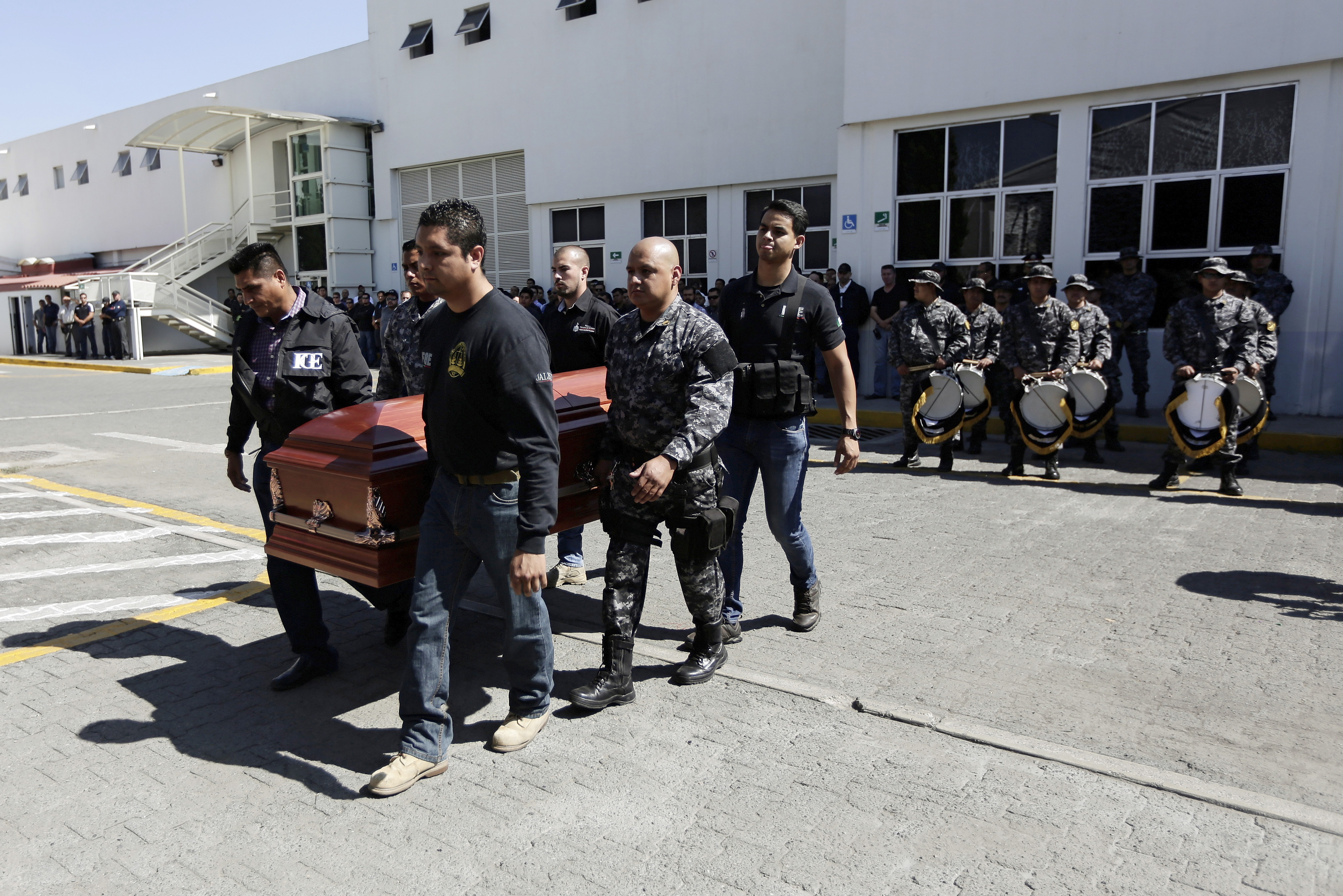 MEXICO CITY -- An increasingly strong drug cartel known as Jalisco New Generation was showing off its power with a spasm of violence that killed seven people and forced down a military helicopter in western Mexico, analysts said Saturday.

Jalisco state was relatively calm the day after gunmen set fire to cars, buses, banks and gasoline stations and trade gunfire with soldiers and police. The violence erupted after security forces launched a campaign against the cartel Friday.

State authorities remained on alert in and around Jalisco's capital of Guadalajara, with heavy police patrols and fewer people than usual on the streets Saturday.

He said the government has had to act against the cartel, with the urgency intensifying when gunmen for the cartel ambushed a state police convoy and killed 15 officers in April.

"Everything points to an increase in violence because there hasn't been a cartel this strong in the state since the 1980s," Reveles said.

The Jalisco state prosecutor issued a statement on his Twitter account confirming a minor outburst of violence Saturday in the resort city of Puerto Vallarta, where two cars and a business were burned.

"If the operatives continue, the same thing could happen all over again," prosecutor Luis Carlos Najera said.

The U.S. consulate in Guadalajara on Friday urged American citizens in the area to remain indoors. It said on its website Saturday that the situation in the region was now "under control," but warned that clashes could flare up again.

The federal Attorney General's Office also announced Saturday that it was turning over 10 people for prosecution in another cartel attack on police - the March 30 assassination attempt on an Jalisco state security official and his bodyguards.