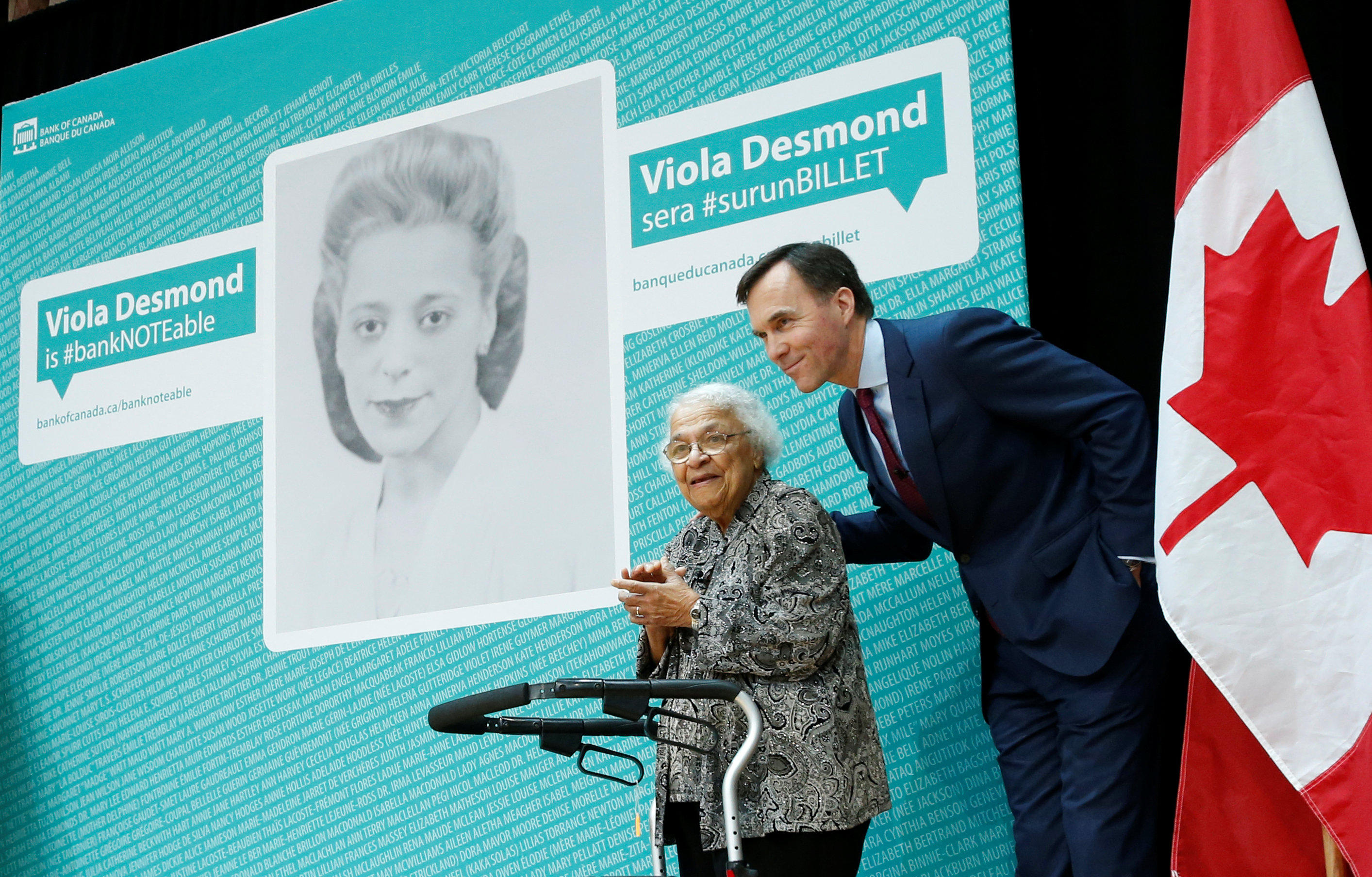 GATINEAU, Quebec -- A black woman often described as Canada’s Rosa Parks for her 1946 decision to sit in a whites-only section of a Nova Scotia movie theater will be the first Canadian woman to be celebrated on the face of a Canadian banknote.

Finance Minister Bill Morneau said Thursday that Viola Desmond will grace the front of the $10 bill when the next series goes into circulation in 2018.

A businesswoman turned civil libertarian, Desmond built a business as a beautician and mentored young black women in Nova Scotia.

It was in 1946 when she rejected racial discrimination by sitting in a whites-only section of a New Glasgow movie theatre. She was arrested and fined. Her actions inspired later generations of black people in Nova Scotia and the rest of Canada.

Racial segregation in Canada in the 1940s was not enforced in the same way it was in the U.S. when Jim Crow laws were in place between the late 19th-century and the mid-1960s. But there was an informal practice of segregation that took place quietly in Canadian theaters, hotels and restaurants.