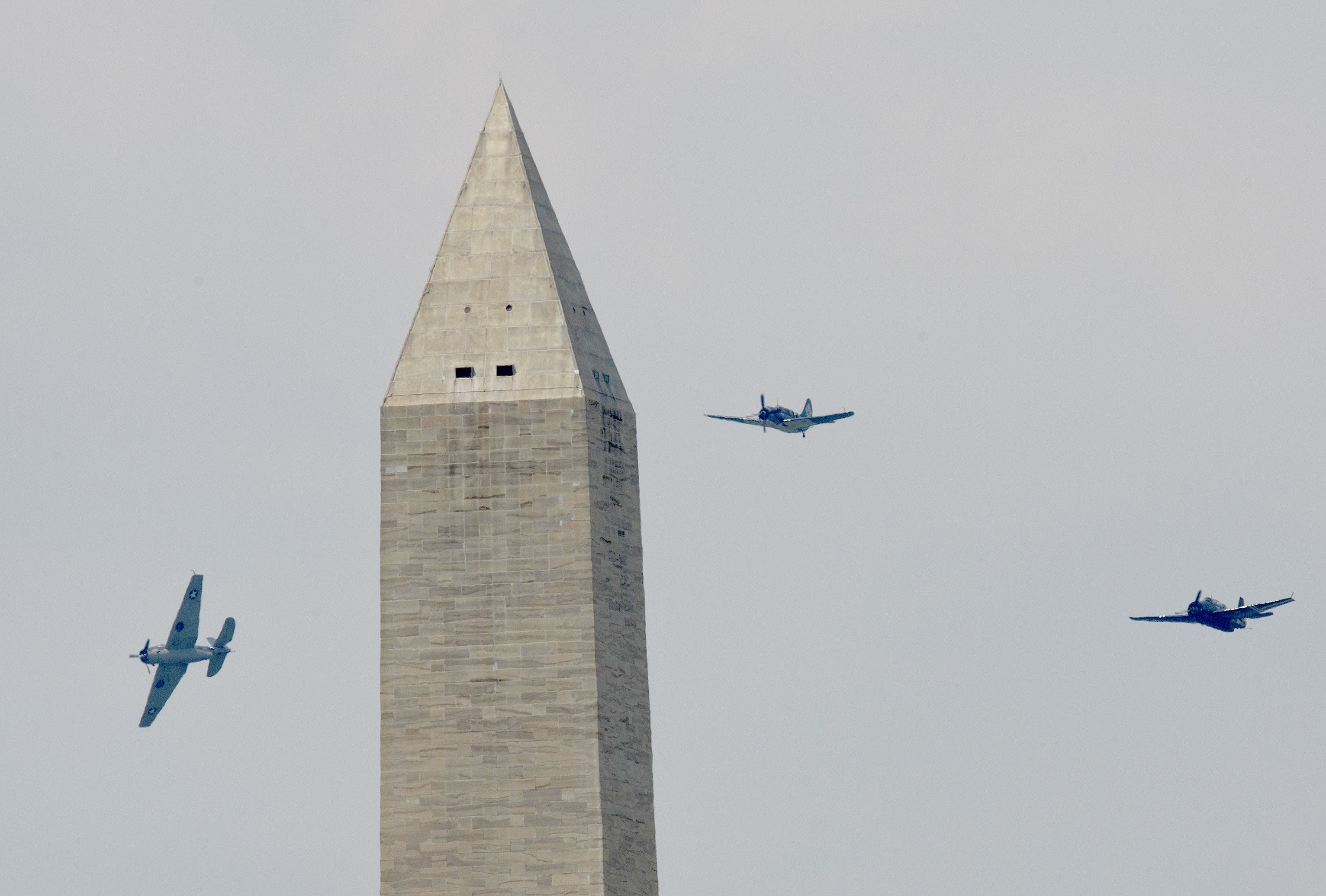 WASHINGTON -- Dozens of vintage military aircraft from World War II flew low over the nation's capital to mark the 70th anniversary of Victory in Europe Day, though one had to make an emergency landing due to mechanical trouble.

The flyover lasted nearly an hour Friday. Organizers say the historic planes flew at a low 1,000-foot altitude over the National Mall. Hundreds of veterans gathered at the World War II Memorial.

The aircraft flew in formations to represent the major battles of World War II. One plane participating in the flyover was the only B-29 Superfortress still flying. The plane that dropped the atomic bomb in Japan was a B-29 Superfortress.

A spokesperson for Metropolitan Washington Airports Authority told CBS News that one of the planes - a Grumman TBM Avenger flying in formation with Curtiss Helldivers -- landed unexpectedly at Reagan National Airport on Runway 119. It appears the pilot had some sort of a mechanical issue. No one was injured.

One Twitter use posted a video which apparently showed the plane landing at Reagan.

The airport was closed to flight arrivals and departures from about an hour between noon and 1 p.m. Friday to accommodate the flyover. Officials said passengers should expect some flight delays as a result.

On Saturday, many of the historic planes will be displayed at the National Air and Space Museum's facility in Virginia.

A veteran told CBS affiliate WUSA that when he sees the WWII planes flyover he will be thinking about his buddies. He wishes they were here.

Another veteran, John Roman, was in Normandy on D-Day. He told WUSA: "If anyone didn't tell you they were afraid they were liars. We were all afraid."