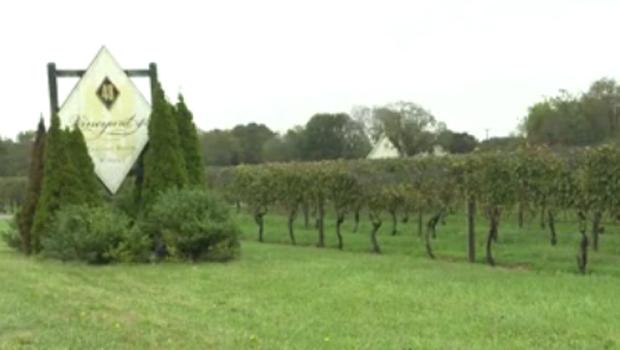 CUTCHOGUE, N.Y. -- A Long Island winery has shut down after the New York State Liquor Authority suspended its license, with officials accusing patrons of engaging in public sex, brawls and other rowdy behavior.

The owners of Vineyard 48 in Cutchogue announced Wednesday they have canceled their license and will close permanently. Newsday reports SLA spokesman Bill Crowley says the agency accepted the winery attorney's offer of a no contest plea to cancel the winery's license.

Crowley says the winery would have to reapply for a license if it wanted to reopen.

The SLA said the business repeatedly served extremely intoxicated customers to the point where it strained local police services and caused "havoc" for neighbors.

A local official said police had been observing the winery for a while for zoning violations.

CBS New York reports the winery was the target of numerous complaints last year from neighbors like Jill Murphy and her daughter – who live right next to the vineyard.

A limousine leaving Vineyard 48 was broadsided trying to make an illegal U-turn in July 2015. A memorial remains at the site for the four young women killed in the crash, the station reported.

Southold police Chief Martin Flatley said his officers were at the vineyard every weekend for complaints of patrons urinating or having sex. Now, his officers will be watching very closely for what other vineyards do.

"The officers are mounting extra patrols and watching where limos are going," Flatley said. "Mostly, the vineyards are aware of the situation, so they've added their own security."