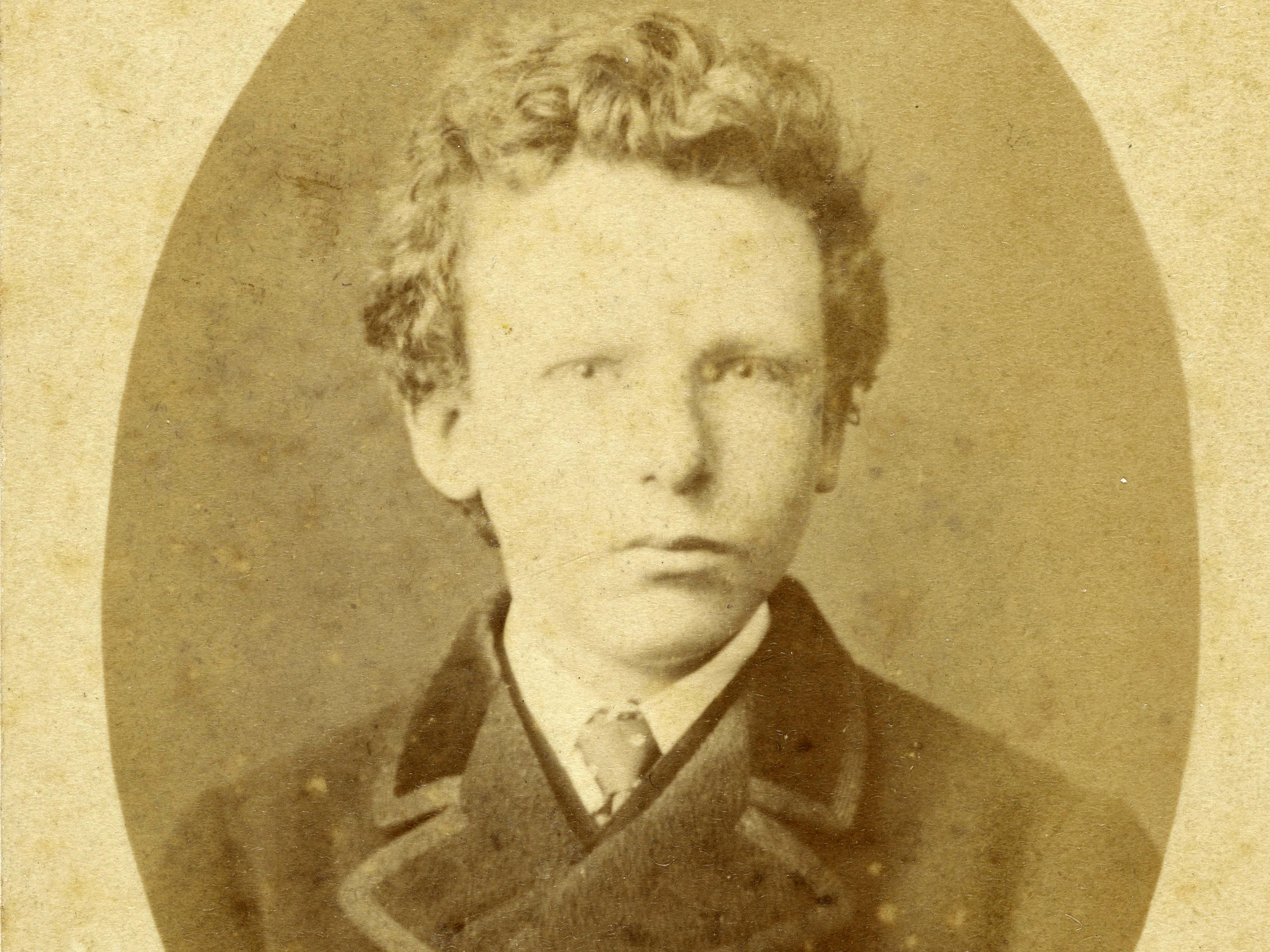 AMSTERDAM — For decades the bright-eyed boy in the photograph was believed to be the legendary artist Vincent Van Gogh at age 13. But experts revealed Thursday the picture is most likely not the Dutch "Sunflowers" painter, but his brother Theo, who was 15 at the time.

The Van Gogh Museum in Amsterdam announced the shock discovery about what was previously thought to be one of only two photos of Vincent, and which has appeared in dozens of books. "With this discovery we are an illusion poorer and a portrait of Theo richer," said Axel Rutger, director of the Van Gogh Museum.

"Of course there was a slight twinge of disappointment also because we have so few photographs of Vincent Van Gogh and now we have even one less," he told the AFP news agency. "But on the other hand of course I am always happy if you can discover more of the truth."

The discovery leaves just one known picture of the artist, taken when he was 19 years old. While Vincent Van Gogh is famed for his vividly colored, emotionally turbulent self-portraits in oils, he showed a surprising reluctance to be captured on camera.

He died by suicide at age 37 in 1890 after an emotionally turbulent life, detailed in years of correspondence with Theo, an art dealer who supported the artist emotionally and financially. "When I heard that this is most likely a picture of my great-grandfather Theo — and not of Vincent — I was surprised, but I am glad that the mystery has been solved," Willem Van Gogh, Theo's great-grandson and an adviser to the board of the Van Gogh Museum, said in a statement.

Uncovering the case of mistaken identity took years of artistic detective work. The picture was taken by Brussels photographer Balduin Schwarz in the late 19th century, but did not emerge publicly until 1957, in an exhibition by Mark Edo Tralbaut, a Belgian researcher who identified it in a catalog as "Portrait of Vincent Van Gogh (circa 1866)."

"It is the image that everybody knows as the portrait of the artist as a young boy," Teio Meedendorp, chief researcher at the Van Gogh Museum, told AFP. But after a Dutch TV program raised questions about it in 2014, the Van Gogh Museum launched an investigation.

Coincidentally, another Van Gogh expert from Belgium, Yves Vasseur, had also started his own inquiries and got in touch with the museum. Vasseur said he discovered by chance the photographer had only moved to his Brussels studio in 1870, four years after the photo was taken, and that Vincent van Gogh would have been much older at the time.

"I decided to share my doubts about the identification with the Van Gogh Museum, and we subsequently decided to collaborate to solve this 'identity crisis' once and for all," he said. Confusing the issue was the fact the brothers looked alike, with reddish-blond hair — but Theo had more delicate features and a "very light eye color" which looked like it could be seen in the photo.

"The light color of Theo's eyes is especially striking in the known photographs of him, and this can also be seen in the Schwarz portrait — this was another indication that the person in the portrait is probably Theo," added Meedendorp. The museum then commissioned a forensic study by a professor at Amsterdam University which showed with a "high degree of probability" the photo was of Theo.

"In the end we have lost a portrait, a photograph portrait of Vincent, but we have found a new photography portrait of Theo," Vasseur told AFP.