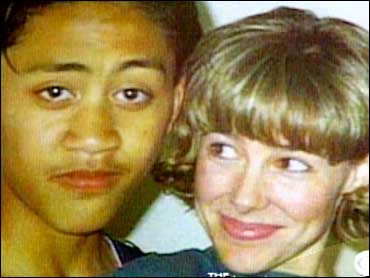 It's now been six weeks since Mary Kay Letourneau became a free woman. The former teacher served seven years in prison, convicted of raping sixth grade student, Vili Fualaau. But the story is really 13 years in the making.

The couple's love affair began back in 1996. Letourneau was 34 at the time, Fualaau just 12. The pair had met five years earlier, when Letourneau was the boy's second-grade teacher.

Their initial relationship was exposed and ended in March 1997, and Letourneau was charged with two counts of child rape, even though she was already pregnant with the couple's child.

Pleading guilty to the charges, Letourneau was sentenced to six months in prison and was banned from seeing her young lover. The six months soon passed, but apparently staying away from each other proved too difficult. After being released from prison, the couple was caught together inside a car in the middle of the night. The violation of her parole cost Letourneau seven more years behind bars, where she gave birth to the couple's second child.

Though kept from seeing Fualaau, Letourneau was able to visit with their children throughout her prison sentence. And this past August, Mary Kay Letourneau was released from prison for a second time. Just days later, a judge granted Fualaau's request to drop a "no contact" order, enabling the couple to be together again.

On Wednesday's The Early Show, talk show host Larry Elder discusses his yet-to-be-aired interview with Vili, about the first since he saw Mary Kay after her release from prison.