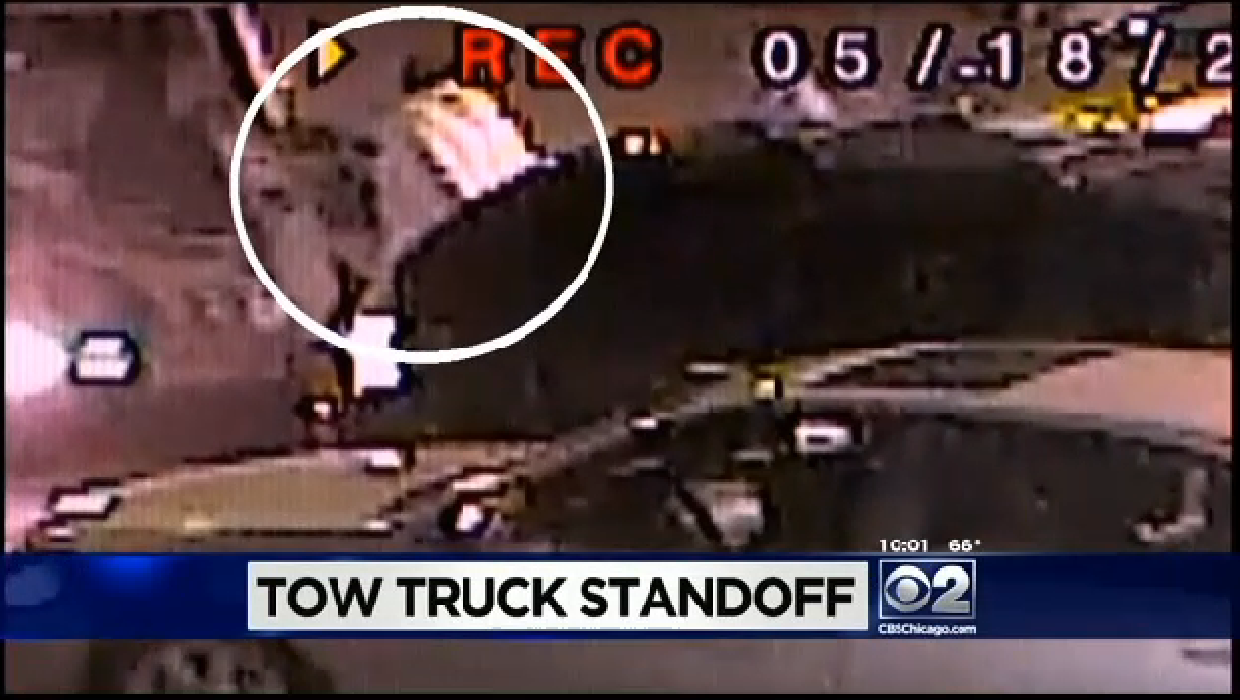 EVANSTON, Ill. - Security video shows an Illinois woman getting on the back of her SUV while a tow truck began pulling it away from a parking space where the woman was parked legally, reports CBS Chicago.

Ann Scott's tow truck tribulation began around midnight Sunday, when neighbors told her that her car was being towed. The Evanston resident called police and yelled for the tow truck drivers to stop from her window, according to the station.

But, Scott says they didn't stop and at one point, the tow truck pulled her car until it lodged on a cement parking stop. The tow truck drivers then spent about 10 minutes trying to break into her car until she confronted them, according to the station.

Only after police arrived, did the workers call a dispatcher to find there was a mistake. They had been called to tow a different car of a different make and color at an address up the street, reports the station.

Scott says there was damage to her vehicle. She's filed a police report and complained to the tow truck company - Lincoln Towing - but has received no response.

Scott has also filed complaints with the Better Business Bureau and the Illinois Commerce Commission, according to CBS Chicago.

Allen Perl, a lawyer for Lincoln Towing, told the station he was unaware of the incident and planned to look into it.